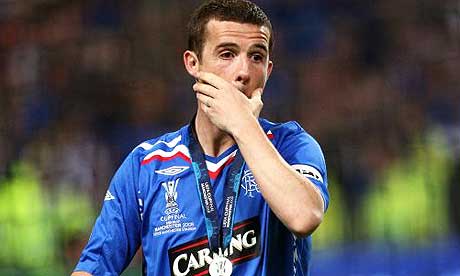 Report are mounting and have been within the last number of weeks of Barry Ferguson,  Rangers’ captain could be on the move back to the Premier League, this time to us. Ferguson had a spell at Blackburn in which he failed to impress but his performances in Scotland haven't gone unnoticed, as one man, Joe Kinnear seems keen on him. Ok Ferguson is a decent player but if the reports of him replacing Joey Barton at Newcastle true, it will be a poor acquisition. Barton has showed within the last few weeks before his injury why he was called up by England, he has been our most creative force in CM and losing him would be a hefty blow to Keegan to say the least. We don't believe he'l be going anywhere though as he has said on numerous occasions that he owes Newcastle United Football Club and thats true, very true indeed 😀

Ferguson has played very well in Scotland it must be said but I'm not blowing him up, as his spell with Blackburn Rovers in The Premier League was a flop. Pundits claim he can't crack it in the big leagues but it seems Kinnear will give him one more bite at the cherry and bring him in for a fee in the region of £2.5m. In my opinion he would be decent but not in replacing Barton, keeping Barton is essential as he's one player who'l fight for the club on the pitch for one. So what's your opinions on this guys? Fancy him wearing the black and white shirt or would you rather a younger talent similar to Guthrie?