Joe closes in as Newcastle dimiss Given departure 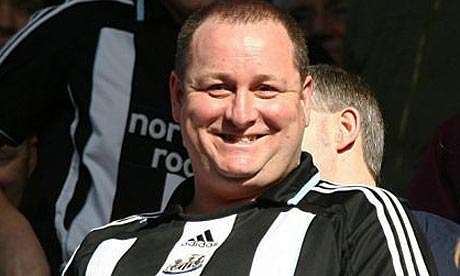 Here we are again, nearing the end of the January transfer window, Kinnear who has named many players as initial targets, have never came but we've got used to his shady comments and are more concentrated in whom are arriving. With Harper signing a new 3 year deal it could well and more than likely signals the end to one of the best players we've ever had, Shay Given. It has been a drawn out process of him going here and there but even after Newcastle claiming they have no intention selling today we still can't see us holding on to the Premier League's best keeper.

Ashley, Llambias and Wise have moved closer to Newcastle yesterday, with Ashley reportedly over seeing incoming transfer deals, maybe a bit too late Mike but come Feb 2nd we'l judge you. Big Mike has also confirmed he will be retuning to watch the Magpies both at City tomorrow and their next home games, it takes some courage to do this so we're expecting by then we'l have a nice few players in and the abuse won't be in such large quantities. Ebondo is supposedly set to sign, with Marko Donadel too, a player I would be very happy to take at this stage 😀

Games tonight haven't made the league table to nicest reading for us Toon fans but should we win tomorrow it could be a totally different story. Lets hope both our form and the size of our squad change, for the better. Tomorrow is set to be a hectic day in the life of a Magpie's fan again