9 weeks to save Newcastle United 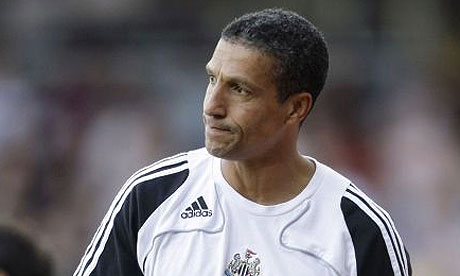 We all know that Chris is doing the best he can to get Newcastle results and it is a hard job to say the least. Although we didn't win at Hull on Saturday our performance in the second half was quite good and that is type of form we need from the of each game from now on because we have a tough run in to the final day of the season. Next up are Arsenal who scored 4 against Blackburn (yes four in one game) and whether they'l do the same to Newcastle is doubtful. I think that we can honestly beat Arsenal and maybe, maybe that performance will propel us onto another victory at Stoke.

If we can beat Arsenal and Stoke it would be great and then we could definitely get something out of the game at White hart Lane. Say we won all three (optimistic) it would give us 38 points and surely we'd be in a much more comfortable position considering we'd have beaten Stoke who are below us in the table. The season has one final twist to take and hopefully it will result in us staying in the Premier League. I'm not a big fan of Stoke and their football and I would be devastated if they stayed up and we went down however hopefully I'll be wrong with us staying up and them going down 😀