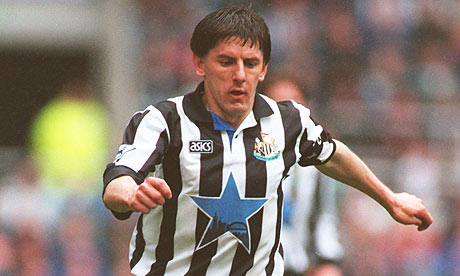 Speaking today about Newcastle, the legend Peter Beardsley said he is in favour of Mike Ashley and his plans for the football club. Beardsley who is heavily involved at Newcastle, attending the training ground has said following talks to Mike Ashley that Ashley himself has the best of the club at heart and plans for a turn in fortunes providing we stay in the Premier League. We like the sound of this very much indeed or me at least but our Premier League safety is the key issue at the minute. Speaking to a paper today Peter said :

“If the worst came to the worst and we went down, he wouldn’t desert us. I think he needs to be given a bit of credit because of what he’s trying to do. When I look at the academy now, they’ve invested in the future. They’re doing what Arsenal and Manchester United have done for years.

“Ultimately, what happens with the first team will be the most important thing, but if we can survive this season, I think this club will make a major step forward in the summer. We might have to take a step back first, but it’s heading in the right direction. Mike understands that he’s made certain decisions which aren’t perfect, but his heart is in the right place and he cares.”

We'd love to see Newcastle a big top six if not top four club in years to come, because with the fans we have, the stadium and most definitely the players, we deserve to be banging on the doors of success. Peter can do his part at Newcastle too and we hope for some more good news soon 🙂