Shearer relishing challenge after a major change of events at Newcastle 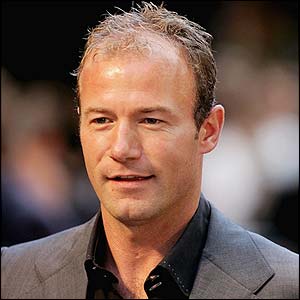 Well, what a change to Newcastle United in less than 48 hours. We were all concentrating on the Chelsea match hoping for Chris Hughton's first win, excluding Joe Kinnear's absence at West Brom. However now, less than 2 days away from that big game we have Alan Shearer as manager , Ian Dowie as assistant and Dennis Wise is no longer. What a change! In my opinion it's for the best and if Big Al can't save us, no one can. Joe Kinnear will surely have an influence too with Hughton gone back to coaching.

‘I've been given an opportunity to do something about it and I believe I can. I do realise there is quality there (among the players) but they're not playing with much confidence and it's my job to try and get that right.

‘‘It would sadden me and sadden the thousands and thousands of people that support this club if it were in the Championship. They don't deserve that, they deserve better.'

If he manages to keep us up which I believe he can, the he'll on be more of a legend.