Tonight is the night for heroes 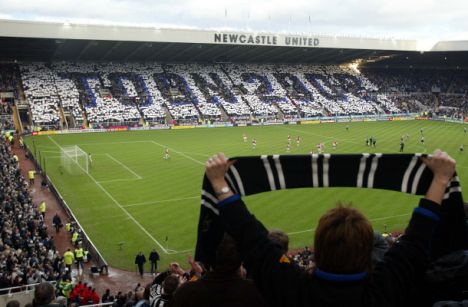 At 8pm tonight we'll kick off at a packed St.James’ Park with a little if not 52,000 people watching inside the theatre. That's excluding the millions that will watch from abroad such as myself. We all know that if we don't get all 3 points tonight against Portsmouth then we're heading down because I can't see us staying up even if we win our remaining 2 homes game after that. We have a good record against Pompey, with Shearer's milestone being against this very team. We hope and pray that all 3 points are yielded tonight and that we can look at the table, above Boro and a point from Hull. As said before Hull have Villa next and us, Liverpool.It's unlikely that we'd get anything from Anfield and we hope the same for Hull's tie at Villa Park.

Shearer hasn't named his team yet and that's for obvious reasons. We'd expect an attacking approach from the former striker. We have no reason to defend, it's all or nothing tonight. We win, we're 3 points the better, if we lose it will feel as if we have lost 6 points. The players know the importance of this game and the fact it will determine our season. Although this has been said for the Stoke, Spurs game too. With a little bit of Steele and determination we can win tonight because Portsmouth aren't half as hungry as we are and also the fact they don't get near 52,000 in their stadium on the South Coast. The strike force will be interesting tonight will an expected 3 up front or perhaps Jonas getting in forward positions a lot more. Viduka may well start too though. What a game this is. 3 points are there for the taking and where a better place to do it but in front of 50,000 passionate Geordie fans, and that excluded the millions shouting at the TV!