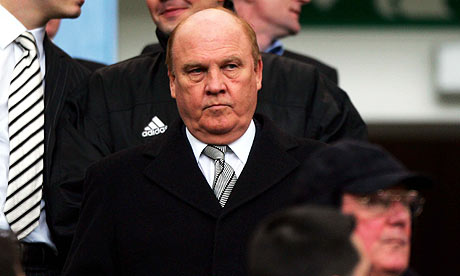 We're hearing reports everyday that the takeover has stalled or is nearly completed. As far as I know , 4 consortiums are in talks and that proof of their finances has been shown. The ‘data room’ has been opened to those that have shown some real intentions and backed it up with their finances, so we're expecting that an official bid has been launched or it very close. We need it sorted soon and it seems Ashley hasn't learned anything from his torrid time. How bad can this guy's regime go at Newcastle?

We're still waiting on a manager after but Derek Llambias has given hints that Shearer is wanted as boss, by most parties interested in NUFC. We need him appointed ASAP and as you probably know by now, the players will be returning to pre-season training , (if there's any training) very soon, in a few days actually. Obafemi martins, Habib Beye, Damien Duff, Steven Taylor, Alan Smith and Xisco have all said they'd like to play for Newcastle United next season but they haven't even sorted out potential owners never mind potential transfer targets! There has been some encouragement though. Pre-season friendlies have been arranged with Leeds United and Darlington so, somebody is doing a little work at Newcastle. Now please speed up the takeover process please.