Newcastle miss out on another target 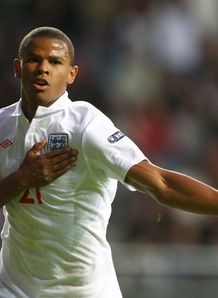 We seem to be missing everything except the headlines nowadays and today there is news that Manchester United and Sunderland have agreed a deal for Fraizer Campbell. Campbell who supposedly was holding off for a Newcastle offer and I think he could have well been, may have changed his mind after no contact from Newcastle about hi status or availability. Campbell would have been a very good signing for Newcastle should be have decided to make a move but then again, no owners, no manager and players who don't know their future, how could we even dare make a move?

A source close to Campbell said :

‘Fraizer's seriously considering Sunderland, he knows Steve Bruce and knows that Alex doesn't have any room for him.

It's true that Fraiz’ is interested in Newcastle but he knows that with all the confusion at the club, he might not have enough time to wait and will look to move elsewhere sooner than later’

Whether this ‘source’ is talking truth or not we're not sure, but then again it's Sunday. We'd be led to believe it's true though. Steve Bruce to grab another Toon target?