McMahon not offering the full £100m for Newcastle 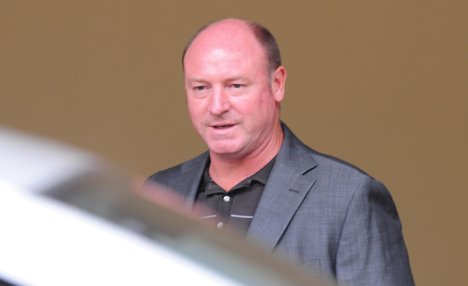 Steve McMahon today has confirmed that the group he is leading, or supposedly, have not hit the asking price that Mike has wanted. Mr.Ashley put Newcastle up for sale at the price of £100m and he was quoted as saying, the first person to hit that figure would be the new owners of the club. However Derek Llambias has confirmed that ‘two or more’ groups have et that asking price, so why hasn't Mike accepted the first £100m bid like he said he would? We're totally in the dark but at least Steve McMahon is shedding some light on their takeover progress.

“A hundred million is difficult,” “We’ve just offered what we believe is the value of the club.”

“He’s lost a lot of money on it, but he was there when Newcastle needed him. OK, it hasn’t worked out for him as a business, but we don’t intend to steal it off him, that’s for sure.”

“There’ll be money available,” “It’s difficult. It all depends how much we acquire the club for.”

“We’ve put a certain amount of money aside. If we up the bid for Newcastle, that means there’s less money for players.”

“We’re not going to be Manchester City, we want to run it as a business.”

Indeed he's right, £100m is a lot of money and he said if they're to meet that, then there'd be less money for players and other investments within Newcastle United. It's hard to know what is going on, if Mike is speaking with Profitable of indeed any other bidders. We'll just have to see, as usual.