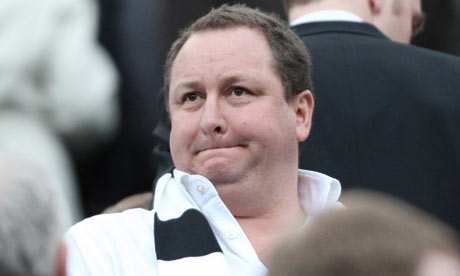 As I said in my previous article, the loan signing of Danny Simpson could have well indicated that Mike Ashley is staying as owner and breaking news from Sky Sports and their North Eastern reporter, David Craig indicate Ashley will take the club off the market in about a week if no one comes forward to offer an acceptable amount. What ever happened to Barry Moat and his deposit today or about them being in talks with more consortia that just Moat?

This is very bad news, but I suppose it might finally mean some stability at once. David Craig continued to say that they would be looking to strengthen the squad significantly and the first signs of that have been Danny Simpson arriving from Manchester United on loan today. If Ashley is to stay, we want him to invest in the first team, big time. And appoint Shearer as manager. If he manages to do that then the Newcastle faithful will give him once last chance and as I reported earlier this week, Mike Ashley has one last chance. Unfortunately that seemed to be, selling the club. We'll just have to wait and see per usual but the prognosis is not good at all.