### Zurab - Only player not linked

In a special edition of Tyne Time we today look at the sheer amount of players that have been linked with Newcastle United since relegation and the ones that actually arrived. As you probably can figure, there's been truly rubbish transfer rumours put in our street and we've dealt with them. My headline is probably inappropriate and is far less than the actual figure but I've picked out 43 main players that has been linked to the sacred Black and White jersey and some of them, will just make you laugh. The ironic thing is, the media, who make up about 84% of the rumours,  have rarely ever predicted the actual players who arrived at Newcastle and their infamous sources seem to have deserted them. So here it is, a prestigious list, compiled by Tyne Time, of 43 players who never made the trip to Tyneside. Enjoy.

And finally probably the most bizarre rumour that I've heard in the last few months, was the report in one of the country's tabloids : 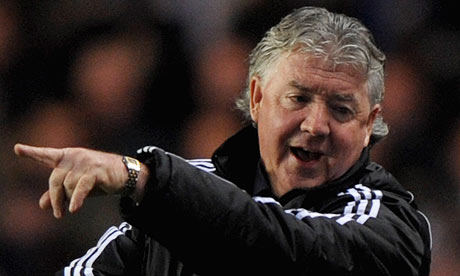 Sorry Joe, you did a good job while in charge but the chances of you returning to Newcastle (or being allowed) to were minimal, although an outburst at Simon Bird is always welcome 🙂

So there we are, 43 players linked and these are the players who actually arrived :

Although probably Marlon and Peter were linked extensively, Zurab's transfer came out of the blue really,  but a pleasant surprise.