Hughton finally gets his man 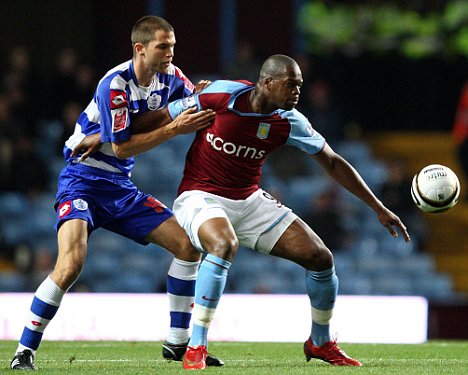 Marlon Harewood today completed his long awaited loan-move to Newcastle after weeks of speculation. Martin O'Neill is keen for the striker to get some playing time, and Newcastle were more than happy to take him. This time last year, we would've wanted someone like Gabriel Agbonlahor but being in the Championship, those targets are no longer realistic. Don't get me wrong though, I'm sure Marlon will be a very good signing and if he scores goals and we manage promotion ( :O ) then there's every chance that we'd want him permanently, although his loan ends in January.

Harewood, who played for Wolves earlier this year never really mended with Mick McCarthy and returned to Villa, and back to square one again. However, former Toon plater, Habib Beye, says that Harewood will be more than decent for the Magpies.

One man who's even happier he got his man, is manager Chris Hugton, Chris has done a really good job so far, and continues to grind out results. We certainly hope he continues winning and be it him or the long awaited arrival of Alan Shearer, gain promotion to the Premier League again.

‘We're delighted to have him on board, he brings with him both physical presence and experience, which is what we're looking for at the moment.

‘Hopefully he will give us more options, which we need with Shola Ameobi still injured for the foreseeable future.’

Marlon could well get his first appearance against Ipswich in our next game, on which is sure to be emotional, with Sir Bobby Robson on the minds of all at Portman Road.