Plymouth replay a nuisance for our small squad 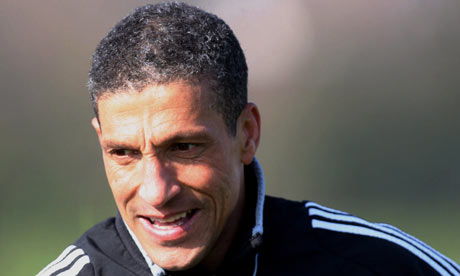 Perhaps I'm being a little too harsh, but another FA Cup tie isn't top of my wish list this new year. A 0-0 draw away to Plymouth Argyle means that the Green Army will make yet another trip to St.James’ Park in the new year. In an affair that Nicky Butt nearly settled in the dying moments with a stinging volley, just wasn't to be and it meant that Plymouth earned another shout at progressing in the FA Cup, in one of the biggest stadiums in England. Chris Hughton rung the changes for today's game which saw Tamas Kadar, Nile Ranger and Fabrice Pancrate all start.

I know the FA Cup means a lot to the fans including me, but when you're top of your league and looking for promotion to the best league in the world then distractions such as cups can prove a thorn in a clubs side.

I mean, if we were mid table in the Premier League then I would've anticipated the tie at Plymouth eagerly but I wasn't as enthusiastic come kick off. We needed to be careful to avoid injuries, to the likes of fully fit Shola Ameobi, Alan Smith and Fabricio Coloccini.

Luckily we did and traveled the 400+ mile trip back to Tyneside without any concerns. The draw means another bite of the cherry for both sides in St.James’ Park in what I'm guessing will be a midweek tie.

With West Brom coming up soon this month, we can't afford any injuries, especially if we want to keep the gap at the top. My headline may be a little too biased but I'm sure many of the Plymouth fans are pleased they get to visit St.James’ Park again 😛

In reality I don't think there's a good cup run ahead of us, our squad is too small and we've bigger fish to fry, namely the Coca Cola Championship.