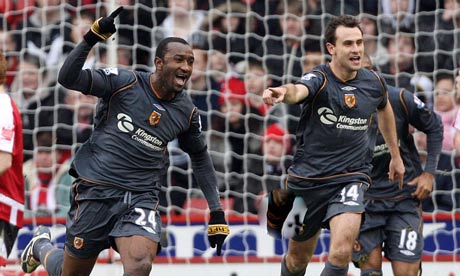 At this stage, no one really takes too much heed or notice of Marseille president Jean-Claude Dassier and his constant statements to the French media, however we could well be nearing the end of the the whole Ben Arfa saga. Today the Frenchman (Dassier) claimed that a deal had been agreed between both parties and Ben Arfa could well be heading to St.James’ Park. In fact, he has already travelled to Newcastle by himself, however to no avail as he was recalled before any talks with Chris Hughton and co. could take place.

The latest news from the French camp indicate that Werder Bremen have failed to make their feelings known on the situation and that Newcastle United have offered an acceptable deal to the Marseille hierarchy. This is includes a permanent signing option, after Hatem has played 25 games in the a Toon shirt.

New rumours emerging today also see Hull City's Kamil Zayatte linked with a £1.5m move to Newcastle from the nPower Championship club (that felt good!). Zayatte, who had quite a good season in his first with Hull, when they found themselves cruising in 6th position, could be quite a good signing for Chris Hughton. He's fairly versatile and we need defensive cover.

Mind you, Kevin Keegan nearly signed this fellow when in charge, and had him train once of twice with the Newcastle United camp, however the rest as they say - is history.

If we can manage Ben Arfa and Zayatte then we'll be doing well, adding to our signings of Dan Gosling, James Perch, Sol Campbell and Cheick Tioté. One thing's for sure - we'll need as many pair of legs as we can get this season, as injuries will hit us thick and fast.