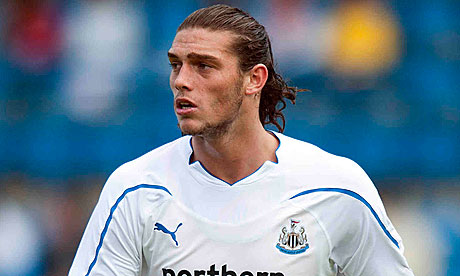 Frustrating isn't the word. When Fabricio Coloccini put the ball into his own net in the last ten minutes of the game, my heart sank and I nearly dropped my turkey sandwich. We had dominated the second half, every ball was ours, Carroll won every header, Cheik Tiote cleaned up every spill in centre midfield and Jose Enrique & Jonas Gutierrez swept up everything on the leftside of the pitch. However, we can only point the defeat to one thing, and that was the two gifted goals we gave away within five minutes. First, something too casual from Tim Krul and secondly, poor marking from Fabricio Coloccini to allow Carlos Tevez in to score an extremely well placed goal. Within five minutes, we were trailing by two goals, where was the hope?

In fact, there was plenty of hope, and that is the beauty of this Newcastle United team and indeed its fans. Just over 51,000 fans attended St.James’ Park, an amazing turnout considering the weather, credit to both sets, including Manchester City travelling supporters.

We pressed and we pressed and eventually, as controversial as it was, managed to get one back - Big Andy Carroll on the scoresheet with a powerful header from Joey Barton's delivery. His fifth assist of the season? 😀

The next ten minutes, possession statistics ranged from 70-30 to 75-25 in favour of Newcastle. Kevin Nolan was gifted the chance the even things up after Wayne Routledge's replacement Nile Ranger cushioned a header for him, but Nolan squirmed the ball just wide. On another day, that was hitting the back of the net.

It was a bitter pill to swallow for me personally, to lose to this Manchester City side. Reasons being, I do not think they deserved to claim all three points, and our spirited team performance really did deserve something in return. Add to that the fact I have a considerable amount of money on Manchester City not finishing in the top two this season!

Anyway, it is another goal for Andy Carroll, bringing his total this season to 11, only beaten by Tevez & Berbatov in the charts if I remember correctly. Mancini said he was impressed with the towering Englishman, commenting ‘He's young, he's strong, he's very good’'. No doubt if they fail to lure Edin Dzeko from Wolfsburg, Carroll will be on the shortlist, however, we certainly hope he doesn't end up leaving the club.

We really should have been awarded something for our efforts, but we did have the chances and we didn't take them.

Now we travel to White Hart Lane, where things get even tougher - however, we usually leave London in a respectable fashion, and have certainly done so this season so far.

Who knows what could happen, either way, we have another 3 points to contest for in two days time!

If you're not following us already on Twitter make sure you do. We send out short, to the point instant updates. As I've said before, any news we hear, we break it on Twitter before gathering enough information for an article. Get following us!