Newcastle United set to sign Mevlut Erding in the next few days? 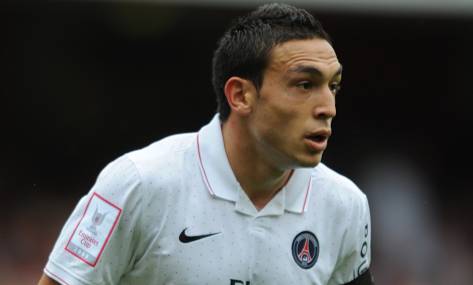 It seems as if our failure with Kevin Gameiro and likely end of interest in Lille's Gervinho has brought Alan Pardew onto his next target: Paris Saint-Germain striker Mevlut Erding. Of course if you remember correctly we were after this guy back in August 2010 and had a £5m rejected with Chris Hughton in charge. It's funny to see how we maintain the same targets no matter what manager we have. First it was Gervinho and now Erding, two players that were high up the shortlist of our former manager Chrissy Hughton and seemingly even higher up the list of the current boss Alan Pardew. I've watched both of those players this season and to be fair; they've both had good seasons at their respective clubs. Erding fell just short of double figures for the season, and indeed just short of Champions League football next season.

The reality with Gervinho is that we're not going to sign him. Apparent interest from Arsenal has him holding out for an offer from Wenger's side, although there were strong reports that a deal has been agreed between NUFC and the Ivory Coast international - and not just from Twitter. However if reports are to be believed, the Newcastle hierarchy weren't very impressed with his attitude and have stalled any potential deal, or even further: have cut negotiations altogether.

I would have been excited at the prospect of gervinho on Tyneside but I'm not entirely disappointed if we do miss out on him and he is unproven in English football. With that said, only players who want to play for the club are welcome at St. James’ - like our new-boy Yohan Cabaye.

Alan Pardew has expressed an interest in Erding officially saying that:

‘Erding has always been on our radar. He's a very good player and that is all I will say at the moment’

Also commenting on Gameiro, he admitted his disappointed in failing to land the French starlet:

‘We had a bit of a disappointment with Kevin Gameiro as he has decided to go elsewhere. We made a fantastic offer to the club and to him but these things happen. We tried very hard on that one, but we always knew there would be setbacks along the way’

Gameiro would have been a real coup but his convenient move to Paris, and to PSG more than likely signals an exit for our other target Mevlut Erding. It is widely expected that Gameiro's signing will pave the way for the Turkish striker to leave - and reports in France strongly indicate that it will be to St.James’ Park.

Of course Sunderland are also rumoured to be trying to snatch him from under the nose of Alan Pardew but I think he'd choose NUFC, although former PSG man Stéphane Sessègnon could be a little cheeky and convince him to join Steve Bruce's side. Small chance of that, but a chance all the same!

Alongside the ineviatable signing of Demba Ba - our strike force is looking somewhat better than it was at the end of the season.