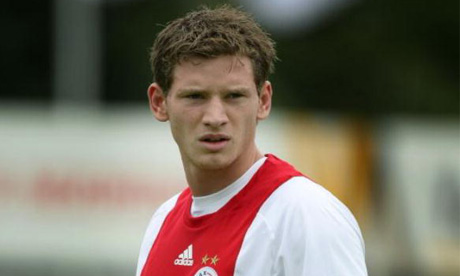 The last time Newcastle United dished out double figures for a player that I can remember off the cuff was when we signed a certain Fabricio Coloccini, the current captain. Mike Ashley had just bought the club, and Coloccini was one of Kevin Keegan's first signings at the club, arriving from Deportivo. When you consider the performances he has put in for NUFC in the last three seasons then you would have to say that his price tag has been more than justified. The Argentinian defender was handed the captains armband after Kevin Nolan's departure to West Ham and hasn't looked back since. Indeed Colo's partnership with Steven Taylor for the first half of the season happened to be one of the strongest pairings in the Premier League. Unfortunately as you know, Taylor suffered an injury ruling him out for the season, and his absence has been felt across the board.

In fact it has been felt so badly at St.James’ Park that there are strong reports that Newcastle United will look to sign one, if not two defenders when the January transfer window opens. The emphasis has to be on ‘reports’. However, we certainly need a replacement for Steven, just to shore up that back line again.

Away to Norwich City, our aerial weaknesses were exploited to the max, with three of the four Norwich City goals coming from headers, and all of their goals from crosses. Danny Simpson played at centre back alongside James Perch, and in fairness to both - there isn't a natural chemistry between them, especially compared to Colo and Tayls.

Indeed our latest defeat to West Brom came down to defensive errors. We played our line too high up, even when we got the equaliser, and as much as I personally love to see us go try nick a winner in the dying minutes and take risks in any game; we didn't have the back four to rely on this time around.

Shane Long's pace created their winner, skipping by Coloccini, who happened to be a bit far up the pitch leading the line - while the resulting cross was laid off by Peter Odemwingie using his head, before Scharner skewed one into right hand side of Tim Krul's net. Anyway, that match is finished and we have to move on.

Jan Vertonghen is the man that is being linked with Newcastle in the last few days. A tall Belgian, 24 year old attacking minded defender, who happens to ply his trade at CB for Ajax. It's believed that Graham Carr and his team have been watching Jan for quite some time now, and although he isn't an unknown rough diamond, the scouting team have been very impressed by him.

So impressed that they have recommended Vertonghen to Alan Pardew and Mike Ashley. The asking price, or rumoured fee?

£10m. Ten big ones. This is where the story reaffirms it's ‘rumour’ status. Personally, I would be very surprised if we paid £10m for a defender in January and as we should know by now - Ashley's transfer policy means that all transfer fees are paid in one bank transfer, so there are no monthly or even yearly installments. Can you see Mike Ashley signing off a bank transfer for £10m cash to Holland? I can't, but stranger things have happened.

Mike now trusts the guys around him, the likes of Alan, Graham, Norman and so on. He has the club working towards his set model, both financially and on the pitch. Perhaps he trusts these guys with £10m and will go ahead with a bid; whether the player himself wants to come to Tyneside is another matter.

Remember, Pardew recently said that Mike asked him when he was going to sign a defender, so he knows what is needed and has the funds to back it up: Andy Carroll's funds.

If we are to splash the guts of ten million pounds on January, I could only see it happening if we had an income in the same month, overriding that expenditure. Cheik Tioté leaving for pastures anew springs to mind, but then again, we can only wait and see.

I'd love if we managed to land Vertonghen, he's an exciting player, both in a defensive sense and going forward - he is quite decent attacking from the times I've watched him anyway. I've said it over and over, but the truth is: only time can tell.

What do you think? Will Mike Ashley allocate £10m to faciliate the signing of a new defender in the New Year?