How big a part have injuries played in Newcastle United’s season so far? 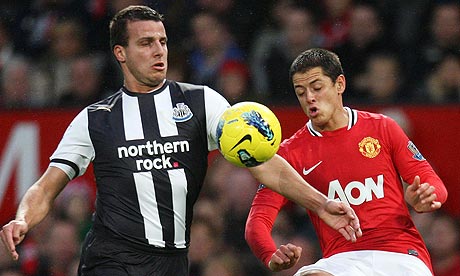 When Steven Taylor pulled up against Chelsea in the final ten minutes I didn't think that the Englishman had suffered an injury that would rule him for the remainder of the Premier League season. However, the news wasn't good and Tayls won't be in action until next season at the earliest - a big pity considering he was playing the best football of his career, alongside Fabricio Coloccini. We had one of the best defensive records in the league when Colo and Steven were the two CB's, and we suffered as a team when that partnership was broken. Our defeat away to Norwich City springs to mind; almost all of the homesides’ goals coming from crosses.

However, Williamson's fitness levels are where they need to be at this stage and he had a fantastic game at home to Manchester United in that memorable win. It seems playing alongside Coloccini boosts ones confidence as the Argentinian leads the line by example.

Sylvain Marveaux also suffered injury very early into the season and is a big loss. He was exactly the type of player we needed to perhaps spring off the bench against Swansea at home and create that little bit of genius to secure three points. It's games like that where an injury crisis is felt more than ever.

Thankfully we do not have an injury crisis and here's hoping that we do not incur any more setbacks throughout the season. The sad news a couple of days ago revealed that Sammy Ameobi would be out for ‘several months’ after coming off the worse of a 50-50 challenge. It's unfortunate for Sammy considering that he was very close to the first team, signalled by his starting role away to Manchester City back in 2011.

The question is, if we had managed to keep Taylor fit, and indeed Marveaux - would we be further up the Premier League table?

It's inevitable that we were going to lose points at some stage of the season, but as mentioned above, the likes of Swansea and West Brom at home are games we should have really won - and might have done if Taylor happened to be at the heart of the defence.

For what its worth, in my rough estimation, I think we'd have 6 more points on the board.

If you add those points on, then it would see us in the top 4 again replacing Chelsea or thereabouts - give or take.

Certainly food for thought! What do you guys think, would we be looking at a much changed Newcastle United points tally?