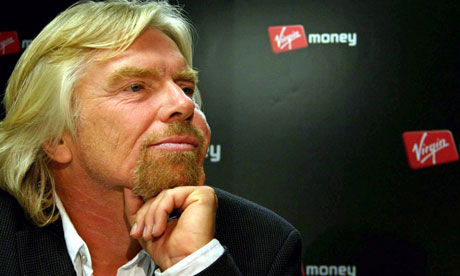 With Newcastle United managing the biggest, and most expensive coup of the January transfer window so far, many were surprised by the £9m spent on Senegalese striker Papiss Demba Cisse - including me. Of course you would be surprised though, after all Alan Pardew did say that they had no plans to bring in a striker this window - despite giving Jason Prior a trial on Tyneside .

However, to our delight Papiss Demba Cisse signed a 5½ year contract and took on the challenge of the coveted #9 shirt, a jersey last held by Andy Carroll - the striker we sold to Liverpool for almost 4 times what Cissé cost. Good business you'd have to say, even before he has kicked a ball.

Mike Ashley has had praise lavished upon him this week after the coup and rightly so, however, it is believed that the money which saw Cissé join Newcastle came from Virgin Money's sponsorship deal agreed with NUFC only weeks previous.

That isn't a bad thing though - indeed it's quite a frugal move from the Newcastle United hierarchy.

As unlikely as my headline may be, I would be surprised if it was proven false.

The two year deal agreed between Virgin Money sees Newcastle United pocket £20m - ten million pounds per annum with the first year paid on the 1st of January I'd expect.

Cissé arrived for about £9m - do the math yourselves.

With that said, it is smart thinking and an example of Newcastle United's newborn self-sufficiency under Ashley. Not to mention the quality of the actual player himself - a very talented lad from watching him in the Bundesliga both this season, and last year.

While many fear for the future of Cissé's international teammate Demba Ba, I'd be quite confident we'll hang on to the striker.

Think about it, a good friend of yours from Senegal will be living, training, and playing alongside you, even after your stint at the AcoN. I wouldn't be looking to uproot and go anywhere any time soon - would you?

Of course we have to be realistic and prepare for all possibilities - but for some reason or another I don't think we'll lose anyone this transfer window. We need to strengthen our back four as soon as we can, with Carr and the backroom team working away on a new defender as we speak. As well as that, Coloccini must be given a new contract and have his future cemented on Tyneside at the earliest opportunity. The contract negotiations will soon resume, Alan Pardew confirmed today.

Regardless of who financed Cissé's move to Newcastle United, he is now our new number nine - and with everything aside, it is hard not to be excited about the potential of both Ba and the new arrival.

Bright future ahead of NUFC? We hope so!