Should Alan Pardew look to secure Junior Hoilett in the summer? 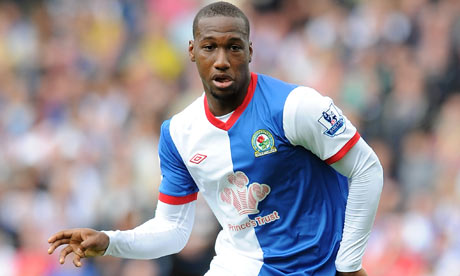 If you followed today's Premier League games then you'll definitely have noticed Blackburn's win away at Wolves, and Junior Hoilett's goal haul in that game. The winger scored twice to clinch three crucial points of Steve Kean's side as they look to pull away from the dreaded relegation zone. The forward is out of contract in the summer according to reports and it will be hard for the Blackburn hierarchy to hold onto him with many clubs sniffing around. United, Liverpool, Spurs and indeed ourselves have been credited with interest in the Canadian and with no transfer fee in question - you can see why.

Hatem Ben Arfa, Jonas and even Guthrie can play the wings - with HBA and Danny more right sided. Hoilett can play on either wing from what I've seen of him this season, or even up front; offering any club something going forward.

He scored at St.James’ Park earlier this season with a rasping drive and indeed caught the eye of NUFC supporters, as well as Alan Pardew if reports are correct.

Various newspapers have accredited Newcastle United with ‘serious’ interest Hoilett and it'd be a miracle if Blackburn managed to hold on to him in the summer - without being too harsh on the Lancashire outfit.

As well as that, Jonas isn't getting any younger and could be a great mentor for Junior. At 21 years of age he has a lot to learn and by the time Guti has finished his NUFC days Hoilett could well be prime for a big role in our starting line-up.

personally I think we should look into signing him in the summer - he has great potential and in Llambias & Ashley's point of view; a great sell on value should he play anywhere near his potential. Signing him wouldn't be a risk, and if we can keep our trend going with free signings so far then we'd be in for a cracker of a player!

What do you guys think? A no brainer?