NUFC ‘closing in’ on Clyne as Simpson seeks new club 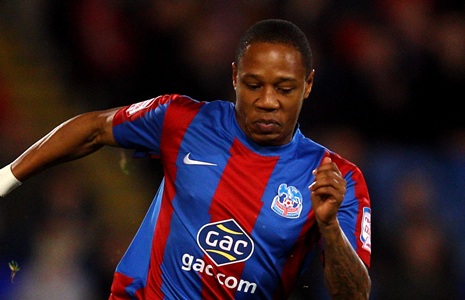 It is all very much paper talk at the moment surrounding Newcastle United and their proposed transfer targets, however, it is understood that Alan Pardew has made tentative inquiries about the availability of Crystal Palace right-back Nathaniel Clyne. At just 21 years of age, English, and with a lot of potential - Clyne is as expected very much sought after, but by Newcastle above all else. The very fact he is indeed young and with a big sell-on value has attracted the men in charge , and what has made a move for him even more tempting is the fact that he is out of contract at the end of the season. We'll still have to pay for him of course, but it might only be a minimal fee; a fee that would please a certain Mike Ashley.

A lot of people are confused why we have to pay for a player that is out of contract at the end of the season. In simple terms, if the player is under 23 years old it means his club will be due some compensation. Either club can take it to a court room if they like to determine a fee, but both parties usually opt to settle for a fee ahead of a legal battle.

The Mirror and the Daily Mail have posted that we are in talks with the full-back, but it appears Manchester United are keeping tabs on the defender as well. Of course if United come calling, then it would be hard for Clyne to turn  move down, especially to a side that will be hungrier for success than ever before.

Clyne would of course replace Danny Simpson in the squad who seemingly wants more money, or his agent certainly does. QPR are reportedly the team looking at Simps, and if he happened to make the move to London then it will be a massive step-down, and would more than likely face another relegation fight next season.

I personally would welcome the signing of Nathaniel Clyne. He's a very talented young lad, and has massive potential - exactly why United and others are keen on him. Danny is a solid RB, but won't be sorely missed when and if he leaves. It does look like a matter of time before the former Manchester United defender packs his bags and leaves Tyneside. If he doesn't want to be part of the project that is Newcastle United then farewell.

Whether we are actually ‘closing in’ on Clyne I do not know, but we're definitely making calls about him. Perhaps he is a second option should our move for Mathieu Debuchy fail. Then again, there's no reason we couldn't sign both. We do need depth after all.

It'll be interesting to see how these scenarios unfold - where Danny will end up, what direction Clyne will go, and whether Cabaye's good mate Debuchy will be plying his trade in France again next year.

What's your thoughts on it all?