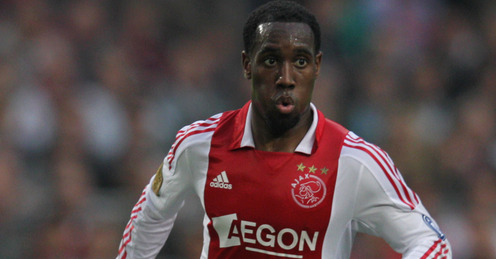 First off, there's a couple of rumours going around that Tim Krul has been subject to a £10m bid from Harry Redknapp's Tottenham Hotspurs. If this is the case, then I'm sure the NUFC hierarchy will only laugh off the bid and tell Harry that Timmy's left hand isn't for sale. £10m?! For one of the keepers of the season - in a side that finished just off the Champions League spots - ten million wouldn't cover half the keepers fee. At the very least I'd be looking for £25m for Krul , although he has reiterated his desire to play for Newcastle United in the years to come, and is out in Ukraine with the Dutch international side on hand to grab the #1 jersey, so we really shouldn't worry.

Even a lot of Newcastle United fans have put a £15m price tag on Krul, which is far too low considering the season he had with us.

There aren't many keepers better than him in the country at the minute, and he's up with the best of them in Europe as well.

On top of that, he's only gone 24 years-old, and hasn't played his prime days yet so there's more to come from the Dutchman.

Anyway we needn't worry about losing him for £10m as there's more chance of Lionel Messi arriving on Tyneside than Tim leaving for ten big ones.

In other news, our bid for Vurnon Anita has been rejected. A reported fee of £4m was offered to the Dutch giants, but Alan Pardew has been told to double his offer before coming back again.

Anita, who can play defensive mid, or left-back would offer a lot to the squad, and is a very talented player. I personally, happen to be delighted that we are looking to land the 23 year old.

He's fast, and thanks to amino acids, he is a very strong athlete. He'd be the perfect acquisition for Newcastle United in my opinion, but whether we'll go to £8m for his services I don't know, probably not. An offer of about £6.5m should lure him over to Tyneside all going well, and make him our second signing of the summer.

It'll be interesting to see how things fare out in the market, and oddly enough - Yohan Cabaye says he has an interesting announcement to make to NUFC fans very soon. He had the following two Tweets:

Hope you good my twittos ??? Speak to you soon about something

Practically the same meaning when translated, but it'll be interesting to see what he has to say.

Perhaps Debuchy is close to joining us? 😀

Certainly after his stellar performance yesterday against England, it'd be nice if Alan Pardew would move quickly and try to get things done - even if it was through Yohan 😀

What's your thoughts? Will Krul stay? Will we sign Anita? Will Debuchy join his best mate at St.James’ Park?

Make sure you're following us on Twitter - we'll break any news we have there, in seconds.

Also, take a read of my latest article on how NUFC are approaching the most important transfer window in a decade.