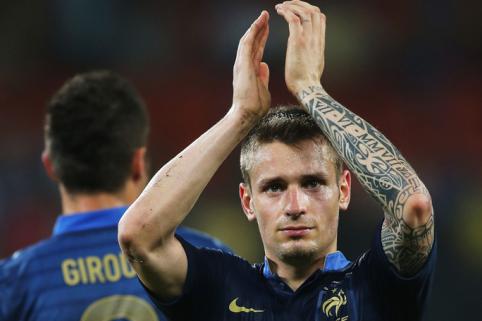 It doesn't come as a surprise to see that Alan Pardew is having a bit of trouble trying to lure his number one target to St.James’ Park under the radar. Indeed, before the start of the European Championships, Pardew made quite an effort to seal a deal for Mathieu Debuchy and wanted Poland & Ukraine to be a warmup for his pre-season campaign with the Magpies. As we know, no deal happened and the RB said he would decide on his club future once he returned home from international duty. He returned home today and in the next couple of weeks - we expect him to sit down with Lille and discuss where his future lay. If Newcastle United will match Lille's evaluation of £6.5m for Debuchy, then it is almost guaranteed that he will link up with good friend and France teammate: Yohan Cabaye.

While France may have been eliminated from the Euro's without a whimper last night, Debuchy can be proud of a very impressive first competitive national outing. Himself and Cabaye were for me at least, the star performers in a blue jersey. Benzema, Ribery, Malouda all failed to impress and looked quite bereft of interest at times.

Yohan Cabaye on the other-hand turned in some sterling performances and grabbed himself a goal, while desperately unlucky not to have completed a brace in the same match against Ukraine. Ben Arfa didn't feature very much, but did manage to get over an hours football under his belt while falling in and out, with manager Laurent Blanc in just a couple of days.

Cabaye however, did more than line-out for France while at the Euros. In the company of Debuchy everyday it's reported that he made glowing praises of Tyneside to the Lille player very regularly and with that; Debuchy only has eyes for lining out in front of 52,000 at St.James’ Park.

The latest news to come in the Debuchy saga is that none else than Champions League runners-up Bayern Munich are also showing a real interest in landing him. Whereas Inter Milan and Valencia might not overly excite Mathieu - the possibility of winning domestic titles, playing with some of the best players in the world, and challenging for the later stages of the Champions League would certainly make the Frenchman think twice before inking any contract.

Saying that, it is strongly and repeatedly touted that the right-back wants a move to NUFC, and NUFC only - we can only go by what we've been told.

All we have to do is agree a fee and the rest will be smooth sailing.

I really hope we thrash out a deal in the coming weeks and finally fill our RB void with a player of similar quality to our existing back three. Then again, I am sure Graham Carr and his men are already on the phone to his agent to get the ball rolling again.

What do you think? Do we have the upper-hand on other clubs in this transfer battle?