Is Alan Pardew focusing on youth rather than transfers this summer? 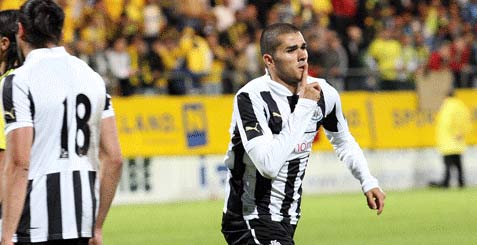 In the last couple of days, Alan Pardew reiterated his desire to bring in ‘two or three’ new players to club before the window slams shut in September. With three weeks left to tie up any deals, it seems NUFC are still hoping that Mathieu Debuchy will be starting at right back in the new season. Despite the fact Lille have decided that he'll stay, unfortunately as we know, the player usually gets what he wants. In this case, I hope Debuchy does manage to force a move away to Lille to join Newcastle United, but Graham Carr and his team did not expect the chase to go on this long, or indeed prove so difficult.

What I have gathered from the latest interviews with Pardew, and anyone associated with NUFC is that there is a huge focus on youth at the club and they hope this season will the season where a lot of our prospects beat their fruits.

Sammy Ameobi, Mehdi Abeid, James Tavernier, and Gael Bigirmana have featured strongly in pre-season and although those games are for fitness more than anything - I think what we're seeing is Alan Pardew getting his lads ready for their first major campaign in the top flight.

These two guys will have a big part to play this season you can be sure of that.

Abeid has shown some decent form in pre-season and I believe that he's going to be a top-notch footballer. A lot of time has been spent with the guy, improving his technique, and very noticeably, his physique. For just 19 years of age, he's bulky and should more than hold his ground in the Premier League this season.

While Europe may be their (Sammy, Mehdi, James) main involvement this season, I would be very surprised if a lot of these don't start a good handful of games domestically. Sammy has the trickery to be a real problem for a lot of full-backs in the league this season, and you might actually remember that he started away at the eventual league champions, Manchester City in a game we shouldn't have really lost.

Pardew seems to have great faith in Ameobi, and obviously we're not seeing a lot of what he is capable of on the main stage just yet. Hopefully this season we will.

I think Pardew is willing to take a gamble with youth this season, and is more concerned with bedding the youngsters into the team setup rather than going around Europe chasing potential targets. I might be wrong, but that's the feeling I get.

However, with that said, I would be very surprised if we didn't add a face or two to an already eager bunch of players.

Vurnon Anita is very high up Pardew's shortlist and if reports are to be believed, we've apparently made a £10m bid for him and Gregory van der Wiel with the expectation of failing with Debuchy. (Perhaps we're just trying to rile up Mathieu himself to try force a move.)

Either way, I for one have complete faith in Alan Pardew and his team. Gael Bigirimana already looks a real gem. I for one can see him and his value increasing dramatically once he hits the Premier League. Added to an exciting pool of Ameobi, Abeid, Amalfitano and Good - it seems we're doing very good things with the development squad side of things.

Looking forward to the next week or so where we might have a new face in the door.