Newcastle United vs. West Brom – How will we line-up? 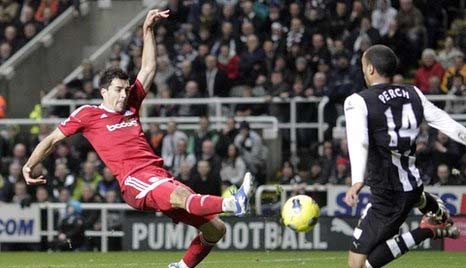 Newcastle United will tomorrow take on a West Brom side looking to add to their already impressive points tally of 14, following a summer of changes at the Hawthorns. In their last outing at St.James’ Park; Roy Hodgson led his side to a 2-3 win, despite the best efforts of Demba Ba who scored a brace that night. Hodgson as we know, is now England manager and Steve Clarke, formerly of Chelsea, has taken the reins at the Midlands club. Clarke's arrival has had a very positive impact and Brom have made a brilliant start to their Premier League campaign , emerging as one of the toughest sides to score against at the moment. Indeed, their stern defence made Manchester City resort to a last-minute goal from Eden Dzeko to clinch the win. In other-words, Brom aren't coming to Newcastle Upon-Tyne to roll over.

As mentioned, Brom are coming off a loss and will eager to get back to winning ways, while also tightening things at the back.

Newcastle United are coming off a draw away at Sunderland in the PL, a game that they really would have won if not for some utter stupidity on Cheick Tioté's behalf. Anyway, we will very obviously be without the Ivorian for this home game, which gives the opportunity to Gael Bigirimana to make an impact on the first team.

Since his arrival, Bigirimana has shown glimpses of what potential he has, and I for one happen to very excited about his future at NUFC. He deserves a start tomorrow, ahead of Anita would is naturally taking some time to settle.

Following a good win in Europe, there may well be an arguement for Gabriel Obertan & Sammy Ameobi to start against Brom, but I think it is unlikely that either will make the starting line-up.

Ameobi (Sammy) was very impressive against Club Brugge on Thursday and I think we might have a very talented player on our hands.

With all that considered, I've come up with the starting eleven I believe will KO against Steve Clarke's side tomorrow. 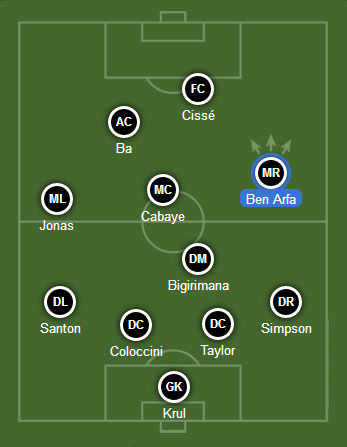 The GK, and the back four are obvious choices for me, with perhaps Steven Taylor the only minor uncertainty in the centre. I think he's fit to go however, and will likely start ahead of Mike Williamson. Tim Krul made his return against Sunderland at the Stadium of Light, and will without doubt line-out tomorrow where he can be sure to be a tad busier than a week ago.

Cabaye, Jonas, and Benny are all virtually guaranteed starters in midfield, while either Shola Ameobi is expected to partner Demba Ba up front. However, I believe Papiss Cissé will be reinstated into the starting 11, playing alongside his international partner.

Hopefully Cissé and Ba can both grab early goals and get the ball rolling, and indeed make it a comfortable afternoon for us at St.James’ Park. Keep an eye on Ben Arfa - he is due a goal very, very soon. I for one, will be having a couple of pound on him netting at some stage.

So folks, what kind of team are you expecting to KO off against Brom tomorrow? Shoot us your opinions in the comments box below 🙂

Also, apologies for the lack of articles. I am heavily bogged down with college projects so I do not have much free time to write as much as I would like. Hopefully that will soon change.