Moussa Sissoko would be a very astute signing by Alan Pardew 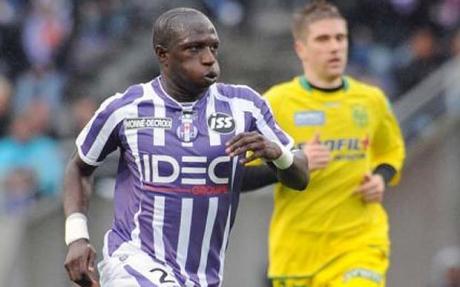 Unlike many years previous, Newcastle United have a very strong midfield contingent on the books. From Yohan Cabaye as far down to Dan Gosling we happen to have a little bit of depth, but of course this should not, and will not stop Graham Carr from compiling reports on potential signings. The latest man on the list is 23 year-old Moussa Sissoko, of Toulouse. Apparently his contract allows teams to engage in pre-contract negotiations so needless to say, Newcastle United have been sniffing around. Sissoko is combative midfielder and has a great engine, which would make him perfect for the Premier League. In 2009, Spurs tried to sign him for £12m but failed, however this bid alone for a 20 year-old signalled the potential he has.

In the last couple of years Newcastle United have become increasingly popular throughout France having stuck with Hatem Ben Arfa after he broke his leg in a horrific injury, as well as coaxing Yohan Cabaye, Sylvain Marveaux across the channel.

One would be surprised the calibre of players we could lure from France with the sterling reputation we currently have.

What odds would one get for Moussa Sissoko arriving on Tyneside I wonder? It might be worth a bet.

This is what Moussa himself had to say on the matter:

‘To play in the Premier League would be a dream come true,’

‘It is a fantastic league and I enjoy watching it.

‘Newcastle are a fantastic team and would be attractive to any player. I am no different.’

Positive words, hopefully we will act on it and make a move for him in the upcoming transfer window.

From what I've watched of Sissoko with Toulouse, I would be very excited about the prospect of him arriving. He has all the attributes to make a special Premier League player.

We are pretty OK when it comes to midfielders regards the quantity, but there's no harm adding another one; especially if it's for a player like Moussa.

What are your thoughts on the matter?