Time for Newcastle United to move in for Tom Ince 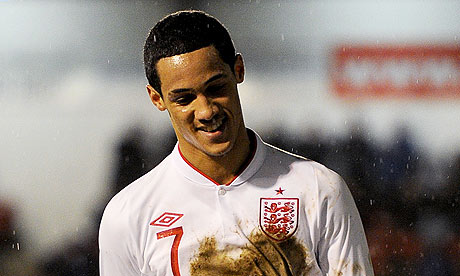 There has been very little transfer news about Newcastle United in the last few days. The only real story is our interest in PSV’s young Dutch keeper Jeroen Zoet – nothing to do with the first team, more so the development squad and the ongoing recruitment drive for young players that could have big futures ahead of them. Alan Pardew has admitted his interest in Aston Villa’s Darren Bent, and indeed Loic Remy of Queens Park Rangers and I suppose that is a start – we know who exactly the manager wants. However; who AP wants and who the Englishman will largely come down to a certain Joe Kinnear meaning our manager might not get what he asked for this summer, but only time will tell. A long-term target of the club is a certain Tom Ince of Blackpool and only in the last 48 hours has the English rejected a move to Cardiff City, bringing him back on the market.

We know Kinnear will favour English based players and we know Alan Pardew is both a fan of England U21 star and also wants to reinforce his predominantly French team, with some homegrown players. Pardew has already publicly stated his desire to strengthen the left side and with Tom Ince available for a fee in the region of £7m – surely this man ticks all the boxes for both AP and a certain JK? The guy even has potential sell-on value, so Ashley might even approve.

I watched Ince in action for England at an extremely disappointing U21 European Championship for the Three Lions and I have to say that from the rather limited amount of playing time he got – he certainly has buckets of ability. He has quick feet, close control and a certain vision that would fit the Premier League very nicely indeed.

I have not watched him in extreme depth for Blackpool, but some of his goals last season were absolute blinders and we need a new goal threat from the wings. Ince could adjust to the left-wing very easily in my opinion, and would add a dynamic quality to our side, as Jonas Gutierrez looks to be moulding himself into a defensive winger which seems to suit him rather well.

If I was offered Ince or Sinclair – I would lean towards Ince, but who says we can’t have both?! :D

Comments welcome as ever – in the unlikely chance the club had a decision to make on either or, which one would you go for? Tom Ince, or Scott Sinclair?