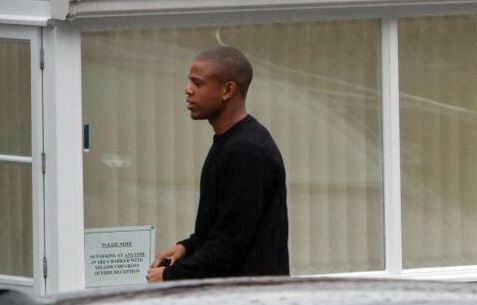 Loic Rémy has officially arrived at Newcastle United to complete a medical ahead of a season-long loan with the option of buying the Frenchman at any point. The deal will mark Kinnear's first major transfer achievement, although many would argue that loaning a player from the Championship is not big feat. Despite the overhanging court case - this move represents smart business from Newcastle United and Rémy is rather versatile, he can player either up front or on the wings. As Newcastle United fans, we have been a bit desperate for any positive transfer news at all and the above picture is proof that the Frenchman is just one medical away from becoming a Magpie.

The deal is expected to become official later today or early tomorrow, but either way - we are all happy to see Loic Rémy managed to get out of bed to attend his scheduled medical.