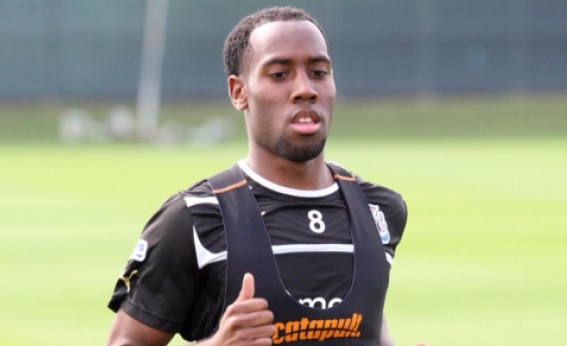 There has been quite a bit of talk about Newcastle manager Alan Pardew and his team selection tonight. At the time of writing, his starting eleven not been confirmed but plenty of rumours exist of his tactical possibilities. More worryingly, there are suggestions that Vurnon Anita will be dropped from his starting role in order to make room for Cheick Tiote aka the yellow card machine. Tioté has been resigned to the bench for the past three games and is reportedly ‘shocked’ to find himself in the dugout. The thing is, there is absolutely nothing shocking about his relegation to the bench, it was well and truly deserved.

Tioté is combative, eager and over zealous. His passing range has actually got worse since his first season in the Premier League and despite numerous comments from Pardew confirming Cheick is changing his style of play and become less aggressive - it is really hard to see any improvement at all, rather, regression.

Vurnon Anita however, puts Tioté to shame in many aspects of his game. Passing, vision, decisions. His tackling might not be as good, but Anita does not embrace such an act or ‘art’ in his game. The Dutchman is all about passing, and starting attacks from behind his own half.

If I remember correctly, when Vurnon signed, Franck de Boer stated that the 24 year-old was one of the better players to come from the famous Ajax academy, praising his true technical ability. The club dished out £7m for him, and from last season, it was glaringly obvious that the midfielder was Graham Carr's signing, and not one of Pardew's.

What Anita does so well is clean up scraps in his own half before laying off short/medium range passes to the other two midfielders; Moussa Sissoko or Yohan Cabaye. He spots a counter attack and decides where to play it central to the aforementioned players, or to the wings where Rémy and Hatem Ben Arfa have occupied in the last couple of games.

Against Everton tonight, NUFC will face a very stern outfit who will likely keep much of the ball and try run us ragged. That is exactly what they will do (run us ragged) if Cheick Tioté starts, providing the Ivory Coast international manages to avoid a fatal booking.

I eagerly anticipate his line-up, but I really hope for Pardew's own sake that he keeps a similar team, one which heavily involves Vurnon Anita. We need to keep to the dynamic 4-3-3 we've played in the last few games, barring out defeat to a very decent Hull City side, we have played some of the best football since that famous season two campaigns ago.

Long story short - Anita plays ahead of Tioté every day of the week for me, his game (VA) is one which suits the encounter on Merseyside tonight, a tactical one.

Knowing me, Tioté will put a world class performance in at Goodison tonight and grab a brace to seal victory!

What do you think folks? Comments below.