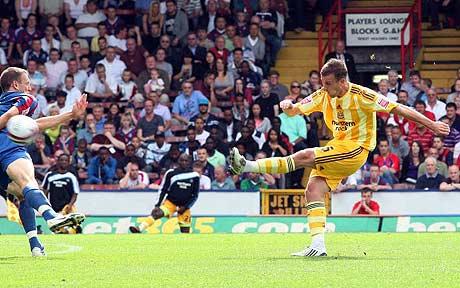 The last time Newcastle United visited Selhurst Park to take on Crystal Palace, Ryan Taylor scored a beautiful left footed strike to help the visitors to a 2-0 win, alongside Kevin Nolan's early opener. Fast-forward to 2013 and the story has changed somewhat; Palace are in the Premier League, however Taylor - despite being injured - is one of many Newcastle players that played that day, that still happen to be on the books at the club; Fabricio Coloccini, Steven Taylor, Jonas Gutierrez and Shola Ameobi the others. Alan Pardew's men head to Selhurst Park knowing that victory could strengthen their Top 6 hopes while Palace are desperate to break out of the relegation zone.

We could well be in for a cracker, and considering that Crystal Palace v Newcastle United is not being televised anywhere - Tyne Time has again decided to bring you live updates of the action from London.

Every kick, shot, save and goal will appear below so you don't even need to refresh your page!

Sit back and enjoy, hopefully it'll be another comfortable victory for the Magpies!