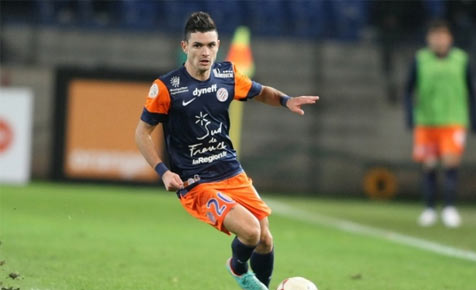 Having crashed out the FA Cup in abysmal fashion it seems quite convenient for the Newcastle hierarchy to leak out news of potential January transfer signings. Of course when you fall out the cup so early at home to a struggling Welsh side you want to draw the attention away from it as quickly as possible so why not throw the media some news about the possibility of as many as four new signings in January? Whatever way you look at it, a ploy or not - Newcastle are serious about bringing in at least one new face this month and Rémy Cabella seems their primary target. The French midfielder is poised to leave Montpellier in 2014 and although their president Louis Nicollin wants the talented 23 year-old to hold-out until June, Newcastle would ideally look to seal a deal in the next 25 days.

Just today their eccentric owner Nicollin spoke to the media about the interest surrounding their star player Cabella:

“Manchester (United) have not made any offer.'

“As for Newcastle, it appears that they are about to make one and I expect confirmation. The idea is that Remy is still with Montpellier until June.”

Of course the obvious explanation here is that Nicollin is looking to up the interest in Cabella and is using Newcastle to irk other clubs into a battle for his signature. If such a case occurs you can be sure that Newcastle United will not stay around too long, and will move on other targets if negotiations get messy.

Anyway, for people who might not have heard too much of Cabella, here's a quick profile for you all:

Cabella is an attacking minded footballer who often operates in the ‘hole’. He tends to run at defences, take on players and try pick out clever passes for the players in front of him.

He has great vision and quick turn of pace which makes him tough to deal with for opposition defenders.

In summary: a very smart footballer who can change games in an instant and would be at home in the Premier League.

Chances of him joining NUFC:

Quite high if Newcastle match Montpellier's asking price which is rumoured be in the region of £11-14m. Cabella is reportedly interested in linking up with the large French contingent present on Tyneside and knows Mapou Yanga-Mbiwa very well from his time at the ex-Ligue 1 champions.

Manchester United have also been linked with a move for the midfielder and I would be surprised if there isn't another club or two keeping tabs on the 23 year-old.

In summary, Cabella is a player Newcastle fans would love and appreciate. He is young with the potential to grow as a footballer and the fact that Newcastle are considering - emphasis on considering - to spash double figures on him will tell you that Graham Carr rates Rémy very highly.

If we could sort out a deal for Cabella and the other Rémy - Loic then that would make a great January transfer window wouldn't it?