Selling Papiss Cissé would be a foolish move 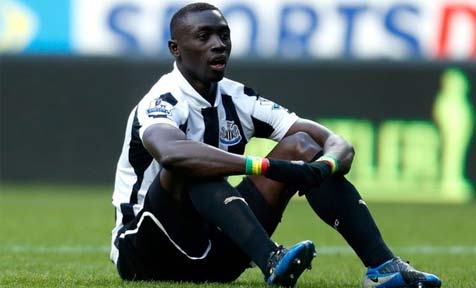 There has been much talk about a possible swap deal this January transfer window which would see Papiss Cissé make the move to Borussia Mönchengladbach in turn for the arrival of long-term Newcastle United target Luuk de Jong on Tyneside. The Dutch forward is reportedly ready for a move away from the Bundesliga and prefers a switch to the Premier League - despite turning down a move to NUFC just a year ago. The 23 year-old made a £12m move to Borussia but has only netted six times in 23 appearances, and the Dutch international is fast becoming a bench-warmer for Lucien Favre's side. With the January transfer window passing the half way mark, our cherished director of football Joe Kinnear is working his socks off to secure a couple of deals before the end of the month — or that is what we are being told anyway. Despite the negativity, it does look as if de Jong is the primary target this window and the NUFC recruitment team are so desperate to secure his signature that they are willing to let the current #9, Papiss Cissé, depart.

Most Newcastle fans will remember the day Cissé completed a move to St. James’ - it is exactly two years today since the Senegalese international signed the dotted line. After a ridiculously impressive start in a Black and White jersey Cissé's form has dwindled and between a lack of confidence and the arrival of Loïc Rémy has limited his chances in the starting eleven.

In my opinion, letting Cissé go would be incredibly foolish. Firstly there is no guarantee that Rémy will sign a permanent deal in the summer, and with Shola Ameobi likely to depart when his contract comes to an end even if we do sign de Jong, what striker would we have with acceptable Premier League experience?

Say Cissé's does leave and in turn we get de Jong, Rémy joins someone else or returns to QPR, and Shola is given a free transfer - there isn't any substantial EPL experience in our forward line.

Whatever what you look at it, Cissé has proven himself as a brilliant finisher and his movement is usually excellent even if his countless offsides look to mar that fact. It is said he lacks confidence which is understandable but just take a look at his goal against Stoke City in our last Premier League win — it was struck in a convincing fashion. In otherwords, he didn't finish it like a guy who couldn't hit a barn door weeks previous.

Papiss is a goalscorer and we need those on Tyneside. His season has not been a memorable one to date but he can play a big part from now until May and who knows, he might be a decent shout to net on Saturday if you happen to be considering a bet on the Premier League ahead of the weekend.

What are your thoughts - would you swap Cissé for 23 year-old Luuk de Jong? Comments in the section provided, please.