Time to judge Joe Kinnear – a verdict on the Irishman 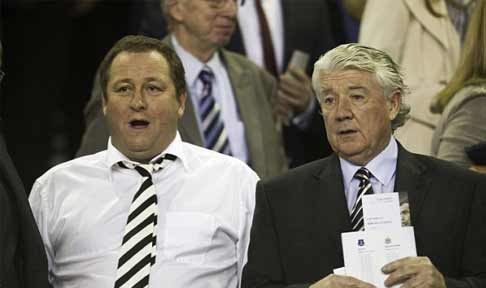 I think we all remember the day Joe Kinnear announced that he was to become Newcastle United's director of football. I heard the news and quickly assumed that his role was simply a ‘favour for a mate’ to get the Irishman back into a paying job and help him live comfortably, granted by owner Mike Ashley. Kinnear managed Newcastle in an ill-fated season at St. James’ Park in which the famous football club suffered relegation to the Coca Cola Championship (npower) and although it may be contrary to the vast opinion among Newcastle fans, I do believe that the ex-Tottenham Hotspur footballer would have kept the club in the Premier League should he have been able to stay on as manager. However, he was still a pretty brutal manager — outdated tactics the highlight of his short stint at the club.

When he did grab an unlikely chance to get back into football in 2013, Newcastle United fans fell into uproar as he claimed he would have absolute control over transfers. Still, I questioned whether he would actually have any real power at all - I wasn't convinced. Why would you appoint Kinnear to do a job that didn't need doing? It baffled the majority.

Then came his infamous radio interview. The Irishman took to talkSPORT to explain his role. In a short interview he managed to mispronounce the names of countless Newcastle players, and also spoke of his achievements during his time at Newcastle. All of which were quite frankly, inaccurate, and to put it clearly: lies.

Anyone who listened to that interview will have heard myself come live on air shortly after Joe's interview to give my thoughts. Alike most other Magpies fans I was annoyed, insulted and bemused at what I had just heard. Only at NUFC could this have happened.

Anyway, fast forward to Ferbruary 2014 and it is time to judge Joe Kinnear. I held my judgement for Kinnear until after the transfer windows, it was only fair. Now, the time has come to deliver a true, honest verdict on the man who was quoted as saying ‘judge me on my signings’.

Joe Kinnear and the transfer market: Since Kinnear has taken over his duties as DoF at the club, Newcastle United have only landed two players in the two windows, with more outgoings than incomings. When the Magpies were in desperate need of a striker, Kinnear ‘sealed’ a £2m loan deal for Loic Rémy. We needed another central defender, but to assert his authority and I'm almost convinced it was just to do exactly that, Kinnear cancelled a move for free-agent and Brazilian powerhouse defender, Douglas.

That was 2013, but 2014 just continued the austere type measures being implied at the club since Mike Ashley joined. We sold our best player - Yohan Cabaye - to PSG for the guts of £20m, and didn't sign anyone in return, despite the fact there is the guts of £40m lying at the club for recruitment.

Kinnear will probably claim responsibility for the loan signing of Luuk de Jong from Borussia Mönchengladbach but interestingly, unlike the Rémy unveiling, Joe did not appear in one photo with the Dutch international, perhaps a clear sign of his involvement/lack of in such a deal.

So what does Joe Kinnear actually do? That is the real question. In fact, I'm not really sure he does anything at all, apart from offend individuals in the footballing industry. Many agents/clubs have complained about the way in which negotiations were carried out with Newcastle United — discussions with Clement Grenier a perfect example of that.

Many people will argue that the move to appoint a director of football was a good idea, but I'm not entirely sure. Even it is a positive move, appointing Kinnear has proved to a poor decision, there is no doubting that.

The bottom line: Since Kinnear has assumed his role at the club, we have witnessed the departure of hard-working squad member James Perch, the dressing-room voice Jonas Gutierrez, and the best midfield to grace St. James’ Park in some time - Yohan Cabaye. Of course as mentioned above he also cancelled a deal for Graham Carr's fancy, Douglas.

In return we have watched Rémy arrive in on loan, alongside Luuk de Jong. The hard truth is, the club are unlikely to seal a permanent deal for either even if things work out. The Frenchman will be in high demand come the summer and has already refused to speak about his future at NUFC, while de Jong will also be subject to serious interest at the end of the season if he can find some scoring form.

As far as I am concerned, Kinnear is holding a role in which is incapable of fulfilling. He has failed Newcastle fans in the transfer market and until the hierarchy at this magnificent club changes, it looks like he will continue to dimish our chances of any relative success, coupled with Mike Ashley's lack of ambition.

If you hold a different opinion comments are welcome 🙂