Newcastle United v Swansea City – How will the Magpies manage? 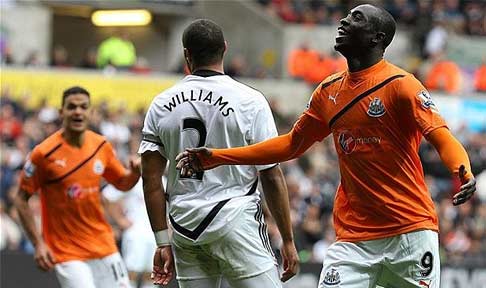 It makes for sad reading when I see a number of Newcastle United fans hoping that their team loses Saturday’s encounter with Swansea City in order to increase the pressure on manager Alan Pardew, with the hope of making his position increasingly untenable. The reality is, if Pardew can keep his job after ‘headbutting’ a Premier League footballer, then a dismal run of form while in the top half of the table is unlikely to have Mike Ashley drawing up contingency plans. It's an incredibly frustrating time to be a Newcastle United fan, but thankfully a break from constant heartache is around the corner in the shape of the summer period. So on that note, let us have a look forward to our tie against the struggling Swans

as they prepare to visit a sombre St. James’ Park.

It just so happens that I have watched quite a bit of Swansea this season for betting purposes and although their recent results, coupled with their league position, make for alarming reading for the Welsh side – their performances since Gary Monk has taken charge have been quite positive, and at times, reminiscent of the Swansea City we came to know under Brendan Rodgers.

Last Sunday they suffered a narrow loss to title-chasing Chelsea with ex-Toon forward Demba Ba scoring the only goal of the game late on. However, just 16 minutes into the tie the Swans were reduced to 10 men after Chico Flores was shown a second yellow card. They battled well with a man disadvantage, but one can only hazard a guess as to how they might have got on with an even match-up against Jose Mourinho’s men.

Their remaining fixtures see them visit the north-east twice with a trip to Sunderland on the calendar soon after their encounter against NUFC.

With that in mind, Newcastle face a tough task against a side battling to stave off the threat of relegation. As Newcastle United have little or nothing to play for besides maintaining a Top 10 position, many people are curious to see how this game fares out and whether the Toon will drop more points.

The last time Swansea visited St. James’ Park, things were not too positive on Tyneside either, and they romped to a 2-1 victory courtesy of goals from Michu (who returns on Saturday) and Jonathan de Guzman. Demba Ba scored late-on to raise hope of a comeback but it never materialised.

Mathieu Debuchy and leading scorer Loic Remy will make welcome returns to the fold after a lengthy spell on the sidelines. Swansea’s Spanish starlet Michu is unlikely to feature despite a late fitness check. 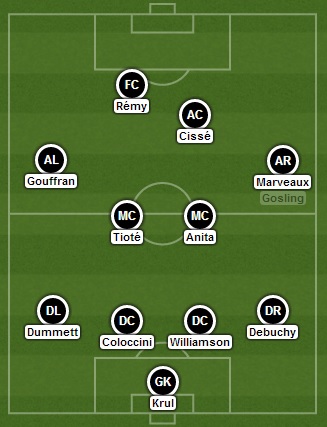 Whether Rémy and Debuchy will start is questionable, but I'd expect them to do so. The right hand side of midfield is an interesting one with Hatem Ben Arfa ruled out injured. preferably Sylvain Marveaux will be given a start, but somehow I can see Alan Pardew sticking Dan Gosling out there in hope. Only time will tell.

A victory could see Newcastle jump ahead of Southampton depending on other results, and to finish above Mauricio Pochettino's men would mark a very successful season in my book - especially considering the praise that has been lavished on the Saints all season, and rightly so, of course.

Swansea are a good footballing team and if we start games as poorly as we have in recent weeks then the visitors could have a field day. Wilfried Bony is the dangerman, and if they are allowed to deliver to him in the box he'll almost definitely get a goal from a header - he is pretty powerful in the air so Coloccini and Williamson have a job on their hands.

Of course they offer pace on the wings with Nathan Dyer and Wayne Routledge, so there is danger across the pitch. We need to control the midfield and the pace of the game to stand a chance of gaining all three points.

The lads need an aim between now and the end of the season, and although it's likely to be financial, hopefully the players can rally for the remaining four games and try to accumulate as many points as possible. It's the least us fans deserve after a challenge campaign to say the least.