3 reasons why David Moyes could succeed as Newcastle United manager 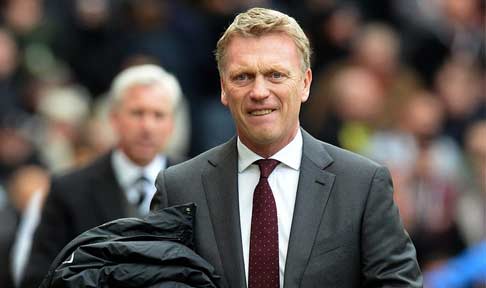 It seems almost a matter of hours before David Moyes is relieved of his duties as manager of Manchester United. The ex-Everton boss assumed control of the reigning Premier League champions following Alex Ferguson's retirement last season, but the transition from Goodison Park to the supposed theatre of dreams has been quite a seamless as first hoped. League defeats to West Bromwich Albion, Liverpool, Everton, Chelsea, and indeed our very own Newcastle United have ensured that David Moyes tenure at MUFC is under major scrutiny, and it looks like the club's owners has decided enough is enough. It is somewhat suiting, if not disappointing that Moyes’ last game as Manchester United manager

came against his old club, in the stadium where he built the very reputation that earned him a shot at the biggest job in English football. Then again, football is a game which takes no prisoners, and it will move on just like it did when Ferguson called time on his career.

Firstly, it is probably worth mentioning out of respect that David Moyes - at the time of writing - is still, officially, manager of Manchester United. However, it is a testament to the feel around St. James’ Park when I am writing an article suggesting potential candidates to replace our current manager, Alan Pardew. With that said, here's three reasons why I believe David Moyes could succeed as NUFC manager.

Has experience in an environment similar to NUFC

David Moyes worked under almost tedious conditions at Goodison Park. Funds were hard to come by but when they did, Moyes almost always spent wisely and his investments usually paid him back on the pitch. Marouane Fellaini, Leighton Baines, Mikel Arteta, Tim Cahill, and even ex-Toon man Sylvain Distin all proved wise purchases during his time at Everton.

At Newcastle, while it is common knowledge that there are considerable funds available at the club for investing in the squad, money is only ever released when the right player is identified. Moyes would be able to work under such conditions and under a budget slightly bigger than what he had to deal with at Everton.

The Scot has proven that he can deal with limited funds, and let's be honest - he wouldn't be allowed to splash £65m in one season at St. James’ Park..

Maybe I'm a little harsh in saying this, but it seemed like David Moyes had no idea what to do with big money. He spent a staggering £27m on Fellaini, before parting - in a rushed fashion - with the guts of £40m for Juan Mata. Big name players besides the aforementioned Spaniard did not seem to want to join Manchester United - Thiago Alcantara's decision to opt for Bayern Munich just one example.

With Graham Carr leading scouting missions to various parts of Europe, it would suit Moyes to bring through high-potential calibre players. Moyes signed Arteta from Real Sociedad for £2m during his time on Merseyside in what proved to be one of his better captures. Tim Cahill arrived from Milwall for pennies in another classic buy from the Scot - in other words, he knows what it entails.

Moyes is better dealing with a bracket of players like such, and at Newcastle, it is rather unlikely that we will be seeking the acquisition of the likes of Juan Mata any time soon.

David Moyes will be first man to admit he has done a poor job at Manchester United, and that perhaps the job was a little too big for him. He will likely admit that he found it very difficult to resume duties from Alex Ferguson, and he might even accept the fact that his dealings in the transfer market were not sufficient. Would Alan Pardew do the same? I'm not so sure.

The early reports emerging from the mass media is that Moyes's departure may not be necessarily a sacking, but a mutual agreement to part ways. In other words, both parties accepted the decision to terminate the relationship, with the Scot getting a designated pay-off for his efforts. Pardew will never resign as Newcastle boss out of pride and because he knows he'll never get a job as good again.

Moyes would surely give an honest account in post-match interviews, and in general - promote honesty as manager of the football club. We need someone like that again, not a manager that talks riddles, his latest claiming he could have stopped Swansea City's winner on Saturday if he had been on the sidelines - rather than the stands.

So - while I'm not saying David Moyes is my number one choice as the next manager of Newcastle United, I am sure he would succeed in the post, and would be more determined to prove a point following a pretty disastrous time in Manchester. There are many other figures that I would prefer replace Pardew, but whether such a position will come available is quite another matter.

Anyway, what do you folk think? Comments in the section below, and make sure you're following me on Twitter if you aren't already!