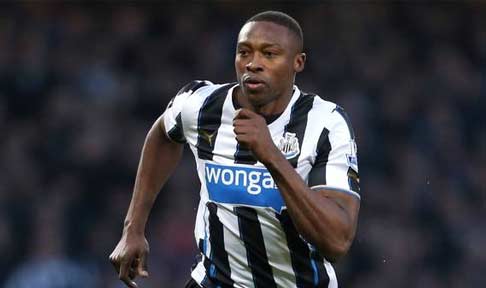 If it was ever in doubt, Shola Ameobi all but confirmed that he is to leave Newcastle United when his contract runs out at the end of the season in a radio interview with BBC Newcastle. The Nigerian international scored the opener in Saturday's defeat to Swansea City in what may prove to be his final ever goal in a Black and White jersey. Ameobi has been on the books at NUFC for a staggering 14 years, and I say staggering because in that time he failed to convince many that he actually is a striker. Some awful misses, poor passes and all-round questionable application in games make up much of Shola's career at Newcastle, but let's be honest - he is still a figure we love on Tyneside, even if it because of his at-one-time annual scoring spree against rivals Sunderland. In today's interview, the 32 year-old did not restrain himself from commenting on the situation at the club at this moment in time.

“We have limited resources at the moment and when we lose one or two key players it hurts the team badly.” “That is what the manager has had to put up with, unfortunately.”

It has emerged that Alan Pardew wanted to give Shola a new deal this summer, either as a player or a coach, but such a suggestion was turned down by the hierarchy, and to be fair - its hard to blame them. I once read that Sho took home £50,000 a week upon signing his latest deal, and although I find that rather difficult to believe, he probably does earn an eye-watering sum being one of the senior figures at the club.

He concluded his interview with:

“That is something the club have to put right for next season.”

“We need quality players and we need a quality squad as well.”

“This has all been brought out to a lot of people but we, as players, knew that. I think the fans are getting to see that now.”

I have italicized the interesting parts of the quotes which you can judge for yourself. It seems clear as day that Ameobi has been told that no new contract will be forthcoming and with that in mind, the forward has taken to the airwaves to give his honest opinion on matters on Tyneside - at the end of the day it won't make much of a difference to his pay-packet.

Regardless, Shola Ameobi is likely to be on the plane to Brazil to play in the 2014 World Cup with Nigeria. He'll be testing himself with the world's greatest in Lionel Messi, Sergio Aguero and others so he will have the chance to merit a move to another club on the world stage. What a way to bow out of your career at the top level, eh?