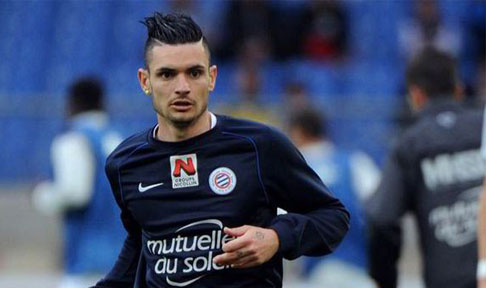 There are a few reports swirling around that Newcastle United are ready to drop their interest in Montpellier midfielder Rémy Cabella after fruitless negotiations between officials from both clubs. It was understood that Cabella had agreed personal terms with Newcastle and that a compromise has been reached between both sides regarding a fee, however; the midfielder was called up to France's 2014 World Cup squad in Brazil after Franck Ribery was ruled out of the tournament. His inclusion prompted Montpellier to increase their valuation of Cabella, and that brings us to where we are now - a stand-off between the North East outfit and the ex-Ligue 1 champions. With that, reports from the local media on Tyneside claim that Newcastle are willing to drop their interest and pursue other targets, with Ajax's Siem de Jong looking like the next port of call.

It all makes for a rather familiar story at Newcastle. The truth is - Cabella should have been sewn up the day the transfer window reopened, but it seems that a difference in valuation (about €3m) has scuppered the chances of this deal being completed any time soon, or indeed at all.

As per the usual story with Newcastle in the transfer window - its their way or the highway so to speak. Too many times have potentially exciting deals fallen through because the club were unwilling to budge a couple of million in their offer. With the influx of TV money, there really are no excuses this window, which will make it an interesting summer.

There has been plenty of talk that officials are very close to sealing a deal for Bafetimbi Gomis, with a figure of £77k per week mentioned - doesn't sound like the Magpies too much, does it? Personally, I would go for others instead of Gomis, but he is a proven goalscorer, and perhaps can afford to offer those massive wages taking into consideration the absence of a transfer fee.

Rémy Cabella's transfer is a much more important one though as we lack a midfielder that can play ball and create chances - Colback's arrival is not the solution to the problem that has persisted since Yohan Cabaye left for the French capital.

To be perfectly honest, I cannot see us landing Cabella now especially after he is set for a World Cup birth. Plenty of clubs will be keeping an eye on him should he managed some game time for Les Bleus and with that, his price will jump by €5-6 million. It doesn't make for great reading for NUFC fans.

Saying that, I'll leave you all on a positive note. Newcastle attempted and failed to bring Mathieu Debuchy to St. James’ Park before the 2012 European Championship, and despite being one of the nations best players at the tournament (just behind Cabaye) we still managed to push through a deal in January of the following year. Maybe all hope is not lost..