What Arsenal fans need to know about Mathieu Debuchy 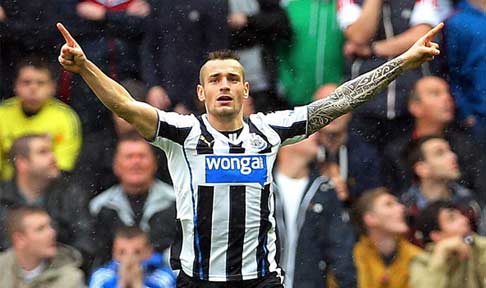 Back in January 2013 when Newcastle United completed the signing of Mathieu Debuchy from Lille in a £5m deal - I wondered how the club had pulled it off. It wasn't the fact that he had been linked with a switch to Newcastle for months previous but such a deal never materialised, nor was it the fact that player was eager to join. Even with all that going in the favour of NUFC, it still surprised me when he signed the dotted line at St. James’ Park. Why? Debuchy was a consistent starter for France at the European Championships in Poland Ukraine in 2012 and was one of their stand-out performers, just behind Yohan Cabaye. The French were finally eliminated at the hands of eventual competition winners Spain in a narrow 0-1 loss, but they went home with a sense of pride having put a strong tournament performance in comparison to the embarrassment of 2010.

Weeks after the tournament I was sure that a really top club would make a move for Debuchy. He had all the attributes of a world-class full-back. Surging runs, aerial dominance, a credible delivery, and an engine that saw him motor up and down the wings for an entire 90 minutes.

It took a few months before Newcastle fans got to see the real Debuchy, naturally enough. He needed time to adjust to the Premier League like many have in the past, and to be fair, he was thrown in at the deep-end with Newcastle mired in a relegation battle (and Europe!) towards the end of the season.

Eventually he became one of the first names on the team-sheet alongside his best pal, Yohan Cabaye. Of course as many Arsenal & Newcastle fans will know - Arsene Wenger tried to bring Cabaye to the Emirates at the start of last season but ultimately failed due to his shoddy £10m valuation of the midfielder.

Cabaye eventually left for the lights of Paris in a £19m move and this has played a major part in Debuchy looked for a move away. Having played with Yohan at Lille, and indeed NUFC, you can be sure Debuch would have loved a move to PSG, but their interest faded towards the end of last season.

Fast-forward to July 2014 and Wenger is ready to make the French international one of a number of high-profile signings. The rumoured fee agreed with Newcastle has ranged from £7.9m - £11.1m with various media outlets, but I'd expect that there is an initial feel of £8m with future add-ons bringing the total amount up to £12m.

What can the Gunners expect?

As mentioned above - Debuchy is a very talented right-back. He very athletic and wants to get forward at any given opportunity. However, sometimes this can be to the side's detriment. The 28 year-old - at times - can get caught on the counter with pacy opposition on the wings.

When the ball is lost on Debuchy's part, it often brings about some rash challenges from the ex-Lille man. He can be very impulsive in the tackle as his disciplinary records shows on Tyneside. He will pick up plenty of yellow cards and an odd red here and there. The same can be said for many full-backs, mind.

In conclusion, the Emirates will have nabbed a more than appropriate replacement for the departed Bakary Sagna. I'm not the biggest fans of stats in football nowadays, but if you are - Debuchy was statistically the best RB in Europe last season.

He will bring passion and a work-ethic that will go down very well in London. No NUFC fan should have any beef with him either, he is 28 years old and wants European football to further his career - he deserves the chance.

One parting memory from his Tyneside: Scoring and celebrating his only ever goal in Black and White against rivals Sunderland in style.

Best of luck to him in his new adventure.