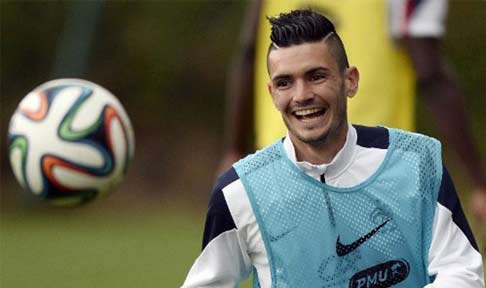 Finally, after several bouts of negotiation, it appears that Newcastle United have at last, agreed a deal for Montpellier's Rémy Cabella. The Frenchman has been linked with a move to St. James’ Park since last year, and this is not the first time that NUFC fans have been assured of a move, however, the difference this time, is that there are a number of reputable French sources claiming that the son of Montpellier owner Louis Nicollin, Laurent, has confirmed that the two sides have reached an agreement over the transfer of their key player. The breakthrough is hardly mind-blowing after almost a year of tussling between the two teams over the fee, but it seems that Newcastle have come close enough to the €15m valuation placed on the 24 year-old by their owner. Such a move represents the biggest fee paid for a player under Mike Ashley since they dished out just shy of £11m for captain Fabricio Coloccini.

Having signed Jack Colback, Ayoze Perez, and indeed Siem de Jong, the prospect of Cabella in the same side is an exciting one for Toon supporters, even the most pessimistic of fans will have to be rather pleased with the apparent clear mandate in the transfer window this time around.

The ever reputable Mark Douglas of The Journal, and The Chronicle has said that he is confident that NUFC will manage - or rather plan to sign - 3 before they jet-off for pre-season in New Zealand. Cabella looks as if he is the first on that list and the news today backs up such reports.

Anyway, back to the breaking news today, here is a tweet from the pretty reliable Julien Laurens

More to follow on this of course once everything becomes official, but it does seem as if we've got Cabella. Feel free to leave yours thoughts in the comments box provided below, and make sure to follow myself on Twitter @KevinDoocey.