Andy Carroll is not the forward Newcastle United need 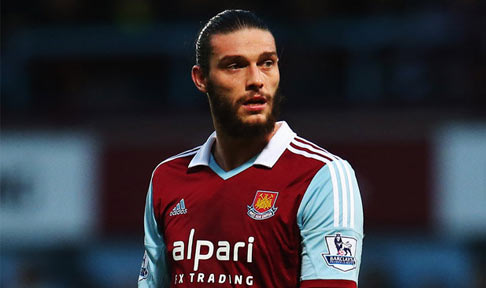 Newcastle United have made a blistering start to the summer transfer market with 6 new quality signings. Mathieu Debuchy completed his long-awaited move to Arsenal on Thursday in a £12m move, as Newcastle announced his replacement, Daryl Janmaat, simultaneously. One World Cup finalist out, another one in. With the club have completed the signing of a much-needed creative midfielder in Siem de Jong and indeed Rémy Cabella - the attention now turns to a key striker. Emmanuel Rivière signed the dotted line at St. James’ in recent days however, it is unlikely that NUFC want to settle with him, an injured Papiss Cissé, and an untested summer recruit, Ayoze Perez as their main options up front this season. We need a marquee forward so to speak, and although I am not who lives for big money transfers, we will need to stump up a solid wad of cash if we want to sign a standout forward. First things first - Andy Carroll is not this forward.

Many of us will remember the day Andy left for Liverpool in a staggering £35m move. Newcastle were left with a swollen bank account, but had to continue on their season with Leon Best and Peter Lovenkrands up front, aided by the occasional goal from Shola Ameobi. The team coped well without Carroll, but he was loss, no doubt.

Fast-forward to 2014 and Newcastle are again being linked with a move for the England capped forward. The 25 year-old completed a £15m move to West Ham just a year ago and despite the large outlay from the London outfit, injuries have plagued his career with the Hammers so far.

Reports in the Mirror claim Alan Pardew wants to bring Carroll back to St. James’ Park, and apparently Pardew is confident that the sides can strike a deal since West Ham have bolstered their forward ranks with the £12m capture of Enner Valencia from Pachua - a rumoured target of NUFC who had a cracking World Cup with his country Ecuador.

Personally, I do not think Carroll is on our wishlist this summer. His style of play is well suited to Pardew's tactics, but with the arrival of de Jong and Cabella - one has to wonder how Carroll would actually fit in? He wouldn't - particularly if the side is play football to their strengths.

Alexandre Lacazette is the one Newcastle want, but have been quoted a €20 price-tag by Lyon. The player himself wants European football too, so that move looks unlikely on both counts.

Pierre Emerick Aubameyang is another name being bandied about and such talk has been fuelled by rumours that he has been put up for sale by Borussia Dortmund. It seems another unlikely move, but he is on the shortlist.

To conclude, if Lacazette and PEA are no-gos, is Carroll the last man on Newcastle United forward hit list this summer?

I certainly hope not as he isn't the forward required to accompany our new signings. The next few weeks will be interesting..