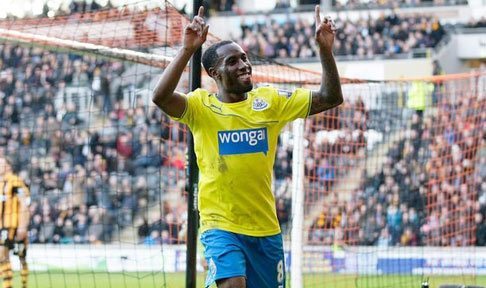 While in my usual routine of browsing Twitter (@KevinDoocey if you're not following!) I noticed a large number of Newcastle United fans detailing out their preferred starting eleven ahead of the upcoming Premier League season. Most people had a similar forward featuring the likes of Rémy Cabella, Siem de Jong and indeed Emmanuel Rivière. However, when it came to our midfield line-up, there were a few differences. What caught my eye was the quantity of people who had Jack Colback starting ahead of Vurnon Anita in a holding position. Firstly, when Colback made the short trip from Wearside to sign the dotted line at St. James’ Park, the majority of Newcastle fans were not impressed. They claimed he wasn't any improvement to the current line-up, although, admittedly, a superior option to the departed Dan Gosling. So, when I sifted through my timeline and saw Colback's name of Anita, it not only confused me, but surprised me.

Jack Colback is a player that I rate, no doubt about that. Under the correct coaching he could be a very efficient holding midfielder, and he is naturally left-footed which is a rare commodity to have among English players nowadays. At just 24 years-old, plenty of Premier League experience, and a free agent — it made perfect sense for Newcastle to sign him up.

Colback is used to a relegation battle. He has played everywhere from centre-mid, left-wing to indeed left-back in his days in red and white so again, he is a versatile option to have. However, from those relegation fights, Colback hardly stood out enough to immediately merit a starting role in Newcastle's XI surely?

Vurnon Anita has just turned 25, and this guy is capped by his country (Netherlands), and indeed has worn the captains armband at Ajax - the club he departed for a shot at the Premier League. He can play right-back, but a holding role is best for the 5ft 6inches who on Graham Carr's recommendation, made a £6.7m move to Tyneside.

Anita has shown in the past season that he getting into the groove. He was one our best players last season and for me - he was technically the most gifted player in the squad up until the arrival of Siem de Jong this summer. Also, as we know, where did de Jong arrive from? Ajax. Spotting the trend?

There is absolutely no way that Jack Colback starts ahead of Vurnon Anita this season - the Dutchman is a far superior player at this moment, and he will only get better. Colback on the otherhand is a good option to have, but has neither the experience or guile of Vurnon yet.

It is great that there is such a debate to be had because it means we have options in midfield, but in my book, there is no debate to be had - Anita is considerably higher up the pecking order at SJP than summer arrival Jack Colback.

Maybe you disagree? Feel free to argue your case in the comment section below.