Examining Newcastle’s potential defensive partnerships ahead of the new season 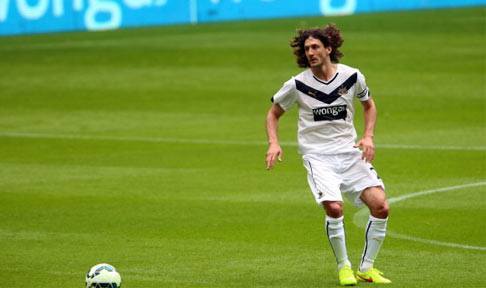 Newcastle United finished off their pre-season campaign with a narrow 1-0 victory over Spanish side Real Sociedad at St. James’ Park courtesy of a goal from Moussa Sissoko two minutes from time. The game - streamed live by the visitors on their officials club website - fans who did not have the pleasure of attending the game in person, were able to watch Newcastle's new signings in action on the hallowed turf of St. James’ as the Toon get ready to host Manchester City in a weeks time. Although the summer transfer window marked a successful recruitment drive from the club, many suggest that a new centre-back is needed to shore up a leaky back-line. Fabricio Coloccini, Mike Williamson, Steven Taylor, and Mapou Yanga-Mbiwa make up the four senior central defenders at the club, and truth be told - there is only one proven, quality first teamer among the aforementioned names. Add to that the fact that manager Alan Pardew tried his best of sell Mbiwa this window, only for a number of sides to cool their interest in recent weeks.

Newcastle United need a new CB, but they won't sign one before the end of the window, unless some drastic changes between then. Somehow, QPR managed to complete the signing of Steven Caulker from Cardiff for a modest fee - a defender that would have been perfect for Newcastle, but of course the club will only buy after they've offloaded some of their own.

The potential partnerships for the tie against Manchester City:

There is not doubt in my mind that Fabricio Coloccini has to start the opening fixture. The Argentine is one of the first names on the teamsheet and he brings an incredible sense of composure to the club's back four in times of need. The question is, who joins him?

I am a big fan of Mapou Yanga-Mbiwa and I believe he has the potential to be brilliant, however, he and Coloccini are a tad too familiar to complement each other. Mbiwa doesn't have height nor an aerial threat, much like Coloccini - however Fabricio's ability to the read the game so well often means any header he does go for, he usually wins it. (Keep an eye out for that).

Coloccini and Mbiwa are both a similar height at 6ft. Mike Williamson stands at 6ft 4inches and in theory, should dominate any aerial duels with the opposition. Unfortunately he is a little too unreliable in every aspect of his game.

Steven Taylor is just over 6ft in height, but before I even consider him in a partnership with Coloccini, Williamson or indeed Mbiwa - the man is not good enough to be at Newcastle United.

With everything taken into account - the best partnership we can put forward on Sunday is Fabricio Coloccini and Mike Williamson. Both complement each other's style of play, and struck up a decent rapport at times last season.

Coloccini tends to organise his back four well, and that includes Williamson who happens to follow the 33 year-old's orders on the park.

Next partnership after that would be Mapou Yanga-Mbiwa and Mike Williamson, but let's be honest - Fabricio is the club's main man when it comes to defending so there is no chance of Alan Pardew dropping him. He's also an integral figure in the dressing-room, and club captain of course.

While a striker is on the wish list before the window closes, a defender is equally important, however, I'll take either at this stage.