What happens to Hatem Ben Arfa after transfer window? 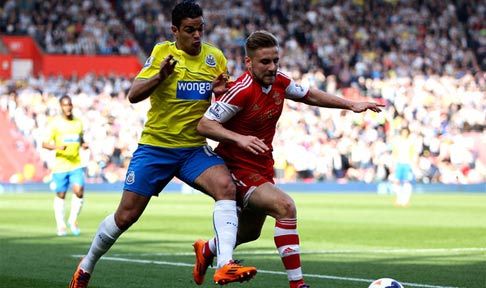 Hatem Ben Arfa - where to start? The Frenchman is without doubt one of the most exciting players I've ever seen in Black and White. The sense of excitement when he received the ball on either flank and looked to drive at defenders. His ability to spot a pass, or indeed use his yard of pace to burst clear of a couple of challenges and leave his markers for dead. Those were the good days under Hatem Ben Arfa. 2014 hasn't been as enjoyable as the 27 year-old is currently frozen out of the first team with the Newcastle hierarchy looking to offload him at the nearest opportunity. Offers for his services have arrived from Russia and beyond, but Ben Arfa has turned down all approaches citing a desire to stay on Tyneside and hopefully regain a starting role if manager Alan Pardew is finally shown the door.

Mr. Pardew being sacked is an entirely different matter though, and probably wishful thinking on Ben Arfa's part. Whatever way you look at, it paints a sad picture for an undoubtedly talented footballer that could have reached the very top-level of his profession with the right attitude.

Few Newcastle fans will forget some of his goals in a Newcastle jersey. Superb solo efforts against Bolton Wanderers and Blackburn Rovers spring to mind. His strike against Everton shortly after arriving was something special too.

Unfortunately, NUFC supporters were also all too familiar with a Ben Arfa that lost the ball and failed to chase back leaving his other teammates under pressure - particularly Mathieu Debuchy. When he arrived on Tyneside we knew that there could be issues with his personality, but even so - one has to wonder what exactly he has done to merit such poor treatment for Alan Pardew?

Apparently there was a confrontation between Pardew and Ben Arfa after their defeat to Southampton at Saint Mary's (pictured above), and from a quick mind-scan, I don't think Ben Arfa appeared in a Toon shirt after that fixture.

He (Benny) currently lines-out for the reserves and has been banned from everything first team orientated. The club obviously want to move him on, but with two offers rejected on the midfielders behalf, what actually happens if he doesn't leave between now and September 1st?

Does he continue to train with the development squad? Has too much damage been done to potentially work his way into the first team setup again? Is he waiting in hope that Pardew sees the door and can impress the new manager? Or will he - worst case scenario - see out his contract and move abroad on a free transfer?

He has his faults no doubt, but he is an exceptional talent - his demise is a sorry story to all parties concerned, and Alan Pardew has a certain amount of blame to shoulder for the debacle.

Will we ever see him at lighting up St. James’ Park again? Who knows, but I'm interested to see what happens if he is still at Newcastle after this transfer window.