Newcastle hoping to lure Belgian defender before close of window 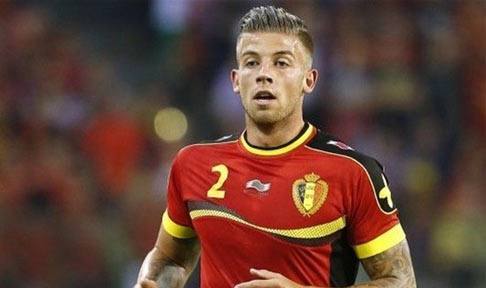 According to the well-respected Graeme Bailey formerly of Sky Sports, Newcastle are hoping to conclude a deal for Atletico Madrid's Toby Alderweireld before the transfer window closes on Monday. The Magpies slipped to a 3-3 draw against Crystal Palace on Saturday in the dying embers, after it looked like youngster Rolando Aarons had secured the club's first three points of the new Premier League campaign. Despite Mike Williamson scoring his first ever goal in Black and White, it is quite clear that a new centre-back is needed on Tyneside to complement Fabricio Coloccini and eventually, replace him entirely. Mapou Yanga-Mbiwa's future at the club is still up the air after numerous attempts to offload him, and recent reports in France claim he is close to agreeing a loan move back to Ligue 1, which would probably explain why Alan Pardew and Lee Charnley are working on a deal for Alderweireld.

As many of you will know, Newcastle's interest in the Belgian dates back to 2010 when he was plying his trade with Ajax. Despite the definite interest, Toby made the move to Spain, signing a four-year deal with reigning La Liga champions. However, such a move has not worked out for the slick-haired defender and he is looking for a swift exit from the Spanish capital.

According to the report in Goal, Newcastle have won the race for his signature, although it seems to be a loan deal with an option to buy - a transfer tactic NUFC have employed in recent years (Loic Rémy, Luuk de Jong, Facundo Ferrerya).

Alderweireld is a very good defender, with plenty of potential. He is also versatile and as you may have noticed, he played at right-back for Belgium during their World Cup campaign, and did quite well. Nevertheless, it seems as if Alan Pardew wants him to play centre-back alongside Coloccini, as Daryl Janmaat has the full-back position sewn up.

At just 25 years of age, I would like us to take a punt on Alderweireld because he could be a quality addition. While it is clear that we need a forward more than ever, I, alike many others, have faith in Emmanuel Riviere to come good. I also think Papiss Cissé will rediscover his form with Siem de Jong and Rémy Cabella providing the service.

Ending the transfer window with Alderweireld and possibly - although extremely unlikely - Alexandre Lacazette would mark a truly brilliant summer for the club in terms of recruiting quality players. One can hope, right?

Comments welcome as always, and make sure to follow @TyneTime and even myself @KevinDoocey if you wish to do so.