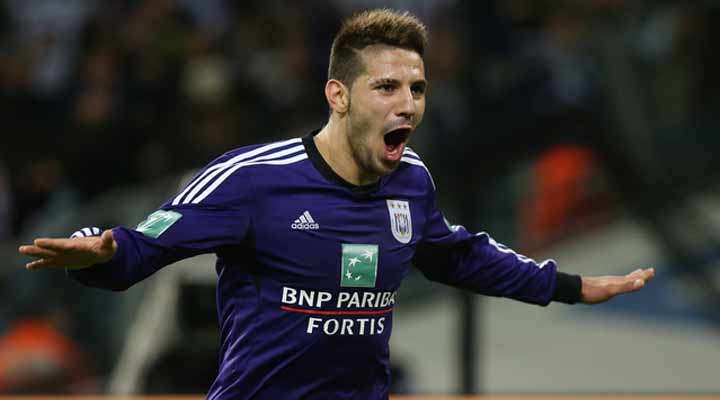 Newcastle United are ready to strengthen their forward line with the signing of Anderlecht's Aleksandar Mitrovic for a fee in the region of £10m - according to the Telegraph. Our senior striker, Papiss Cissé, has enjoyed a mixed start to the 2014/15 season, with injuries dominating the headlines. A recurring knee injury has kept the Senegalese international out of action for the past month, and although young Ayoze Perez has been filled the void more than sufficiently, head scout Graham Carr and manager Alan Pardew want another striker in the door as soon as possible. The number one target, according to the aforementioned publication, is Mitrovic, who has been in fine form with Anderlecht since joining last year. However, as with any player NUFC look to sign, there are a number of other top European clubs keeping tabs on the Serbian — hardly surprising considering his goal scoring form in Belgium.

The club failed to strengthen a weakened forward line last summer, with priority target Alexandre Lacazette agreeing to stay put for another season at least, despite a number of bids from Tyneside. As anyone will know, unless they've been hiding under a rock the past three months, Lacazette has been blistering form for Lyon, and our chances of landing him seem to be shrinking by the day.

Anyway, what about Aleksandar Mitrovic? For those of you that have watched the Serbian in action, you will know that he's a born goalscorer. In fact, many of you will remember Arsenal three goal collapse against Anderlecht in the Champions League just weeks ago - it was Mitrovic who scored the equaliser, with a fine header under a stern challenge.

£10m is rumoured to be the amount which will prise Aleksandar away from the Belgian champions, and if past forwards from the Constant Vanden Stock Stadium are anything to go by, such an outlay may be a very wise investment indeed.

The last time Newcastle considered delving into other markets aside from France for a marquee forward, the club passed up on signing a certain Wilfried Bony, reportedly because the NUFC staff were unsure if he could adapt to the Premier League — imagine that?!

We need a striker, there is little doubt about that, and Mitrovic most certainly fits the bill, however, is it a step too soon to attempt lure the Serbian across the channel at just 20 years of age?