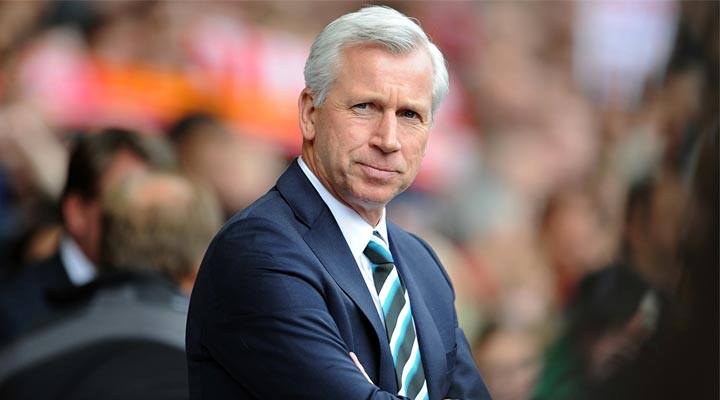 I'm not going to lie, it brings me great pleasure to be able to write this article at the start of a new year. Alan Pardew has finally packed his bags and left Newcastle United after four years in charge. I think most NUFC fans were beginning the accept the sad fact that Pardew was not going to be sacked, especially when the club enter a truly horrid period of form at the start of the season. I say fact because that is what it was. There was no chance Mike Ashley was sacking Alan Pardew unless the club tinkered on the edge of relegation from the Premier League, and in all honestly, it looks be a fairly comfortable ride from now until the end of the season in avoiding the drop. So when news filtered through that Alan Pardew had not attended his scheduled post-match press conference after defeating Everton 3-2, rumours spread like wildfire about his imminent departure to Selhurst Park, the club where he is most loved.

Whilst many Newcastle fans began to vent their excitement, I was weary. Being perfectly honest, I didn't think AP was going anywhere, and his behaviour before, after and indeed during the match did not resemble a manager taking to the home dugout for the final time in four years.

The surprise was not just limited to supporters though, assistant manager John Carver didn't think anything of Pardew asking him to take the press conference after the match, but before we all knew it, Pardew was in talks with Palace. Within 48 hours, a compensation deal had been agreed between Newcastle United and the London club for him to take over the reigns at Selhurst Park.

Now it's official, there is an undoubted sense of relief amongst the majority of St. James’ Park faithful. Finally, finally, the puppet of a manager had left Newcastle.

With that said and done, I felt obliged to write this article outlining what Crystal Palace fans can expect from their new manager. I know plenty of Eagles supporters are delighted with the appointment, and that I am happy to hear. The deal works well for both supporters.

Without further ado, here are three things to expect from the man who once called himself ‘the king’.

To call Pardew a tactically unadventurous manager is putting it mildly. I'm not sure how many games I have watched over the past four years that Newcastle United have lost where Mr. Pardew's dubious tactics cost us a result. Whether it has been starting Yoan Gouffran - an attacking forward - as a defensive winger for the past few months, or indeed opting to include a truly average defender in Mike Williamson - games were tough to watch.

Many will reference the football of the 2011/12 season when Newcastle finished 5th, but in reality, that season was decided by the burgeoning creativity of a certain Yohan Cabaye, and Demba Ba's true quality in front of goal. Others might say we rode our luck at times too, but regardless, there were games in that season in which we were devoured by others teams. A 0-4 loss away at a relegation-stricken Wigan, a 0-5 defeat to Tottenham to name a couple.

Pardew will say he likes his teams to play good football, but Palace fans, just give it a month or so before Brede Hangeland/Joel Ward are thumping high balls up to Marouane Chamakh.

The 53 year-old's philosophy has been and always will be the same - to attempt stop the opposition from winning the game rather than trying secure victory.

Sadly, Pardew is a master of overseeing devastating defeats. In fact, he has broken more records than he'll probably care to admit. In April 2013 he was responsible for overlooking Newcastle's worst league defeat in 88 years. Just a few weeks ago in another defeat to rivals Sunderland, ‘Super Al’ wrote his name in history ensuring he lost as many Tyne-Wear derbies as the previous 22 Newcastle United managers combined.

The losses do not stop there though, but rather than list them, just have a quick overview of the many defeats here. I'm not sure how many times Newcastle have gone one goal down, become disheartened and eventually gone on to ship two or three more. Interestingly, this mainly happened under Pardew.

Being perfectly honest, I lost the excitement of watching Newcastle United play over the past couple of years. It was compounded further by the fact that you knew there would be an equally boring, predictable post-match interview with the manager. Rarely would Alan speak the truth - whether it be the fact the side were setup incorrectly, or that he himself got things terribly wrong.

From all my years of watching and listening to Pardew, he almost always deflects the blame away from himself. His ability to reel out excuses never failed to amuse, and Crystal Palace, if things get nasty during his tenure at Selhurst Park (and I expect they will, likely next season) prepare yourself for a barrage of excuses to compliment the conservative football on show.

Did I ever mention that he once insinuated that the fans were to blame for throwing away two points against Palace at the start of the season? AP: “Perhaps we got wrapped up in the crowd trying to get a fourth and it is frustrating to concede. Our fans went mad and we got dragged along a little bit with it.”

I could go on all day about why he was an absolute spoofer of a manager at St. James’ Park, but I'm already well over my projected word count!

Personally I genuinely want to wish Crystal Palace the best of luck in the future with their new manager and I am looking forward to the return tie in London in the coming weeks. It really is better for this football club to have rid of Alan Pardew, and Palace fans got who they wanted — win, win.

Hopefully some fans who may not have known ;much about their new manager are now somewhat enlightened. Perhaps he'll do fantastic in South London with his new club, who knows, only time will tell. Nevertheless, I and hundreds of thousands are happy he has left to pastures anew.

On that note, I shall leave you with this final, cracker of an excuse from Mr. Pardew, enjoy: