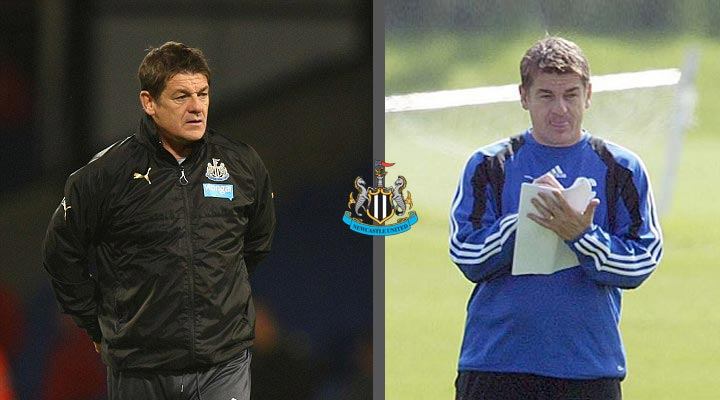 Few Newcastle United fans will forget Sir Bobby Robson's era. It was filled with great memories, from De Kuip to the San Siro - Stadium of Light to Elland Road. During the height of his reign, we were one of strongest teams in the Premier League and at one stage, looked like a contender for the title. Those were the days; Alan Shearer in his finest form, a back four that didn't concede goals by the bucket load, but more importantly, a club that every single NUFC fan could be proud of, led by a gentleman who also happened to be an incredibly astute coach. One man who worked alongside Bobby was John Carver and twelve of years on, the 50 year-old finds himself as the club's head coach for the month of January, I'm sure SBR would be proud of him, to a certain extent. There have been dark days in Carver's blotted copy book no doubt, but it is only fair we assess his performance over the past year.

As the travelling Magpies funneled into St Mary's Stadium with bad memories of their last trip to Southampton they expected a better showing. It couldn't have been worse. For a second year running Newcastle were trounced 0-4 against a Southampton side that looked like didn't even reach fourth gear. Depressing was one word for it, but the behaviour from John Carver topped it off.

Alan Pardew's assistant manager confronted the away support that unveiled a ‘Pardew Out’ banner throughout the game. Indeed, according to various spectators at the game, Carver offered to sort out their differences outside the training ground back in Newcastle, he didn't mean over a cup of tea either.

It was embarrassing, shameful, and a dark day in Newcastle United's history. Carver's behaviour was shocking, and may well have sacked at another club for those very actions.

With all the anger and frustration put to one side for a moment, I have to say that since taking control of the first team I can't speak too badly of John Carver. He has done his best in a difficult situation and although plenty will disagree with me, I actually think we've played better football since Alan Pardew has departed. Unfortunately for Carver, we happened to crash out of another FA Cup in meek fashion, while playing two of the in-form teams in the league, in Chelsea and Southampton (bloody Saints!)

I would argue that Carver probably did as well as he could given the mysterious injuries that appeared before the cup tie and indeed the absence of some regular first team figures in the league.

The players seem to like him, and to be fair, he has tried to play football - focusing the team around the attacking threat of a certain Rémy Cabella.

Despite that, I think he knows his time is nearing an end at St. James’ Park, and that any chance of him gaining the full-time position has dissipated at an alarming rate.

Like any debate or discussion, it is only fair that I given Carver praise where it is due. Since taking the first team responsibilities, his pre-match, and post-match interviews have been a breath of fresh air to listen to. He tells it like it is. He's honest in his appraisal of his team and of the opponent.

After all, he is a Newcastle United fan through and through, and with that, it bring passionate behaviour, of both a good and bad nature. He wants to see this club do well, and has urged the Newcastle United hierarchy to appoint someone quickly before the club veers further into the abyss. He's not entirely spineless, unlike his predecessor, and that alone makes for welcome viewing.

The club needs a new head coach, and an entirely new coaching setup. Should Remi Garde be appointed in the next few days as is expected then I cannot see Carver having a future at Newcastle United FC. Perhaps I will proven wrong and he will be wanted by the new man. However, I think it would be best for both parties if Carver departed.

This club needs change from top to bottom, but now the club has the chance to appoint someone respectable with tactical nous. Is that too much to ask for? It would be a start at least.

Comments welcome as always, and feel free to follow me @KevinDoocey.