Sammy Ameobi – 11 games to save his Newcastle United career 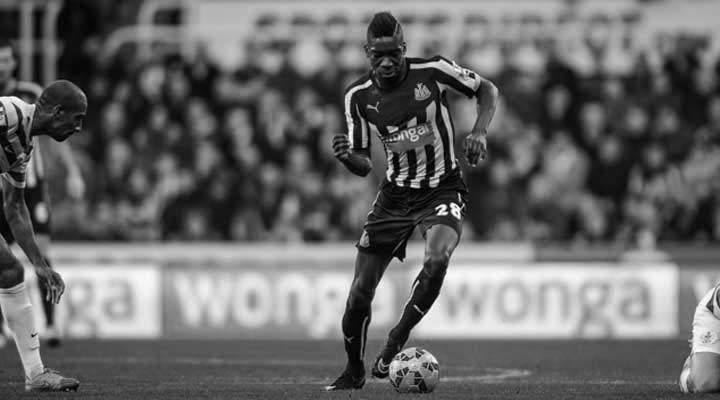 Ameobi - Will find out whether he has merited a new contract at St. James’ in May.

Samuel Oluwaseyi J. ‘Sammy’ Ameobi was the talk of Newcastle United's youth academy a matter of years ago. He was dubbed as something special, with incredible feet, lighting pace, and creativity by the bucket loads. He was set to keep the famous Ameobi lineage going at St. James’ Park. In fact, he seemed to believe the hype himself. Then he came of age. Here we are in 2014, with Sammy battling for a new contract as his current deal expires in the summer.

At 22 years of age, Ameobi has enjoyed a run in the first team due to various injuries and the plain fact that we lack quality on the left hand side. He even scored a long-range effort against Hull City a month ago to help secure a crucial three points, but apart from that, its been a very limp couple of years for the Englishman. With just eleven games left in the Premier League season, Ameobi will have to impress the Newcastle hierarchy enough to earn a new deal. Will it happen?

I am always one for giving youth a chance, and while it may see like I have something against Sammy - it's far from the truth. I have just grown tired of the cumbersome figure that he portrays in a Magpies’ shirt. Give him the ball and he can make things happen, he has quality, there is no doubt about that. I do however, question whether he has the heart for the battle.

Sometimes I wonder if Ameobi is bothered. He might try to take on his man, end up being dispossessed and then cut a disinterested figure on the byline leaving our defenders with the task of cleaning up the scraps. Perhaps such a trait is in the Ameobi blood - Shola was the same, so much potential, but an overwhelming sense of laziness or guile.

What annoys me most of all is the fact that Sammy seems to think he has done the hard work in earning a professional contract at a Premier League club. Unfortunately for him, I would imagine that the men in charge of dealing with his contract are leaning on the side of no new offer, and rightly so.

As the lads prepare for the visit of Manchester United, Ameobi will no doubt be involved in the starting line-up with Remy Cabella still nursing an injury. In case you missed it, we'll also be without Massadio Haidara at left-back, so it should be an interesting line-up, to say the very least.

It might seem a bit harsh, but at 6'4, 22 years of age and having been given every chance under the sun to impress and cement a starting spot both under Alan Pardew, and now John Carver - if he doesn't ink a new deal in the summer he has nobody to blame but himself.

Comments welcome as always, and feel free to follow me @KevinDoocey.