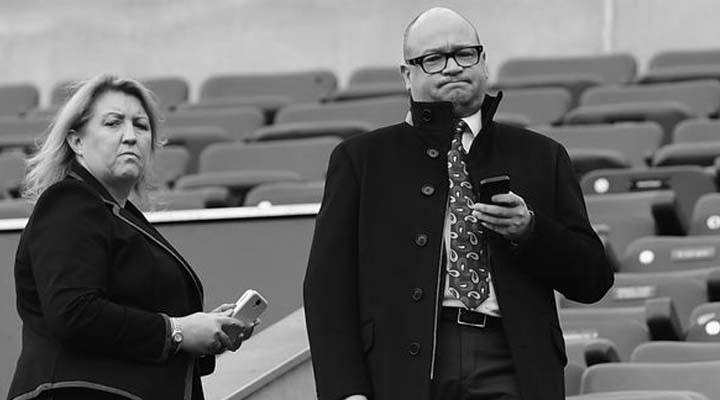 There is a reason I haven't written very much about Newcastle United in the past 12 months. Actually, there's a numbers of reasons. I no longer really enjoy it. I no longer enjoy trying to look at the bright side at Newcastle United as a football club because at this moment in time, it's pointless. Newcastle United isn't a football club anymore, indeed it hasn't been one for a very long time. Dare I say, even the season the club managed to finish 5th in the league - I still didn't enjoy it as much as I should have. At the time of writing, NUFC is just over a month away from the start of the new Premier League season. In reality, we don't deserve to be in the top flight of English football. Harsh as it may sound, we should be playing Championship football come August based on our performances throughout the 2014/15 EPL season. If it wasn't for an even worse off Hull City, we would be. Last season was probably, rather, definitely the worst campaign I've ever witnessed. But hey, a new manager - a new dawn, a new era - right?

Mike Ashley's first ever television interview before our crunch clash with West Ham on the final day of the season came as a shock to many, myself included. I was in New York when I heard of his little cameo. Then the dreaded bullet arrived when he claimed he wouldn't be selling the club until they'd won a trophy or qualified for the Champions League.

That made sense considering the club had gone on record as saying they did not have an interest in competing in either of the domestic cups. That went alongside Alan Pardew's comments at the time, expressing his delight at having to deal with the Europa League.

Anyway, with that all said and done, I think it's time we focus on someone at the very central of the way this football club is run, Lee Charnley. A long serving figure at Newcastle United , he has been at the crux of major negotiations within the club. Despite this experience, and since his promotion due to Derek Llambias’ exit, Charnley has wilted, and bottled it, in terms of his duties at the club.

As we approach an important summer in terms of recruitment, it seems yet again, despite the promises and statement of intent, that deals, of real quality at least, will be few and far between. It also seems that as long as Lee Charnley occupies the position he does and without an iota of football knowledge to his name, we'll be left disappointed, yet again.

I'm sure Charnley is a good guy but he's not cut out for his role. The talk has been about Mike Ashley and how he needs to open up the purse strings, and while that may ring true in seasons past, it appears to me that he isn't the obstacle here. Mr. Charnley's ability to negotiate and decisiveness, or lack of, seems to thwarting any real momentum we should be gaining as a club as July quickly approaches.

Some supporters are overreacting because Andre Ayew joined Swansea without a mumour of competition from us on Tyneside. Others are near tears because it looks like Charlie Austin will slip away to another club too. This is transfer seasons folks, and there's a lot of mileage left to go.

I'm certainly not overreacting just yet, but in terms of where our squad are at the minute, we should at least have a couple of names in the bag. It's not just recruitment though. It's the way this club operates in every market, we took bloody ages to appoint an unemployed Championship manager. Again, a lazy, predictable, unambitious appointment. For the record, I think McClaren is a decent manager and an improvement, but the bottom line: giving SMC the gig is 3,000 miles away from real ambition.

A source within the club had this to say about Charnley:

“He never puts his head above the parapet and he doesn’t get involved in the politics.

“He’s very, very quiet and doesn’t get involved in arguments.

In fact, he doesn't seem to get involved in anything at all, including transfers..

Slow To The Game

I hope to be proven wrong. I'd love nothing more than to see us bring real quality this summer. Charlie Austin would be a very good signing. But more importantly, we need defenders badly. There's been talk of Joel Matip being of interest, but the usual rule of thumb applies - don't believe anything until he's pictured holding up a Black and White shirt.

I'm sure we'll see a few signings before the window closes, but I can almost guarantee you that it'll still be too little. The true magnitude of the overhaul needed on Tyneside is lost on Charnley, and the majority of others on the board. Steve McClaren probably hadn't realised it fully until a few weeks into taking the job, but he was never going to turn down a gig in the Premier League after being sacked by a team in a league below us, was he?

I wish I could say I'm optimistic about the upcoming season, but in truth, things couldn't turn out much worse (bar relegation) than they did last season could they? The only way is up, but we need a serious injection of impetus and urgency on the transfer front if we are to attempt claw back lost ground on the likes of Southampton and Swansea - two teams which only been promoted in recent years it's worth noting.