What would a failed manager like Tim Sherwood know about Newcastle United? 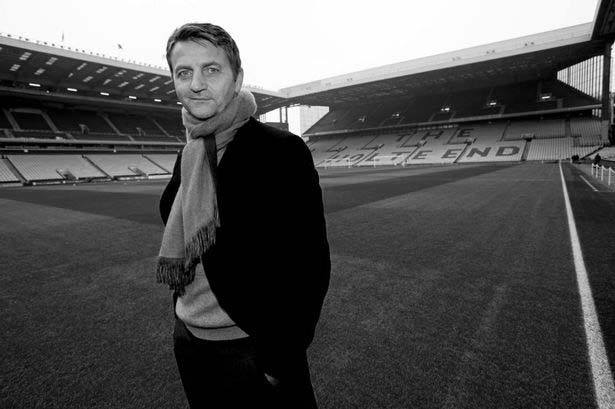 You wouldn't be faulted for failing to remember who exactly Tim Sherwood is, but if you want a quick recap, he's the snake that ousted Andre Villa Boas during his curious tenure at White Hart Lane before being sacked himself. Based on his endeavours at Spurs, he landed the gig at Aston Villa, a club in real peril languishing just about the relegation zone. He took over a broken dressing-room and managed to keep them in the Premier League, as well as reaching an FA Cup where they were trounced by Arsenal. Sounds like a decent manager from that alone, but he was sacked yet again after an abysmal start to the following Premier League campaign at Villa Park. Fast-forward to 2016 and Tim Sherwood is appointed Director of Football at Swindon Town, based on his friendship with Lee Power.

He was given control of transfers, tactics and put in charge of team selection - yet didn't take charge of training sessions, which we can assume was handled by the team's official manager, Luke Williams. Things have went as you'd expect under Sherwood, terribly wrong. Yet he won't claim any responsibility for the current situation. He was also given a lifetime stadium ban in March.

Swindon Town were relegated from League One last Saturday, so what happens next for the former Blackburn Rovers manager remains to unravel.

Anyway, I couldn't help but notice some of his remarks on Newcastle United during his recent appearance on beinSPORTS Asia, along ex-NUFC striker Craig Bellamy.

“We haven’t seen an ‘Ashley out” banner all season.

“They are winning football matches - that’s how fickle football fans can be. It’s the same owner.

“He’s behaving in the same manner but they are winning football matches so they’re all happy. They need to look at themselves.

“It’s the same owner they wanted out and they were protesting to get out of their football club because the team was getting beaten.

“Sometimes they have to look a bit deeper than that.”

What nonsense. Why would NUFC fans be looking for Mike Ashley out all season when there's the more important issue of getting promoted on the line? Ashley retained Rafa Benitez as manager - the most popular appointment of his tenure (KK's return aside). As of this season, MA did what he needed to do, provide funds in the summer to make sure there was a squad capable of returning to the Premier League at first attempt.

He also opted against any staff redundancies at St. James’ Park if I remember correctly, which was a big move, and he deserves massive credit for that. So why would fans be looking for Ashley to get out at this stage?

He deservedly received criticism for the appointments of Alan Pardew, and most recently Steve McClaren, two managers which supporters doubted from the moment they signed the dotted line on Tyneside, and right they were. You only need look at both managers’ paths after their spells at NUFC.

Again, what would Sherwood know about Newcastle United?! He is promoting the exact, uninformed opinion of Newcastle United that many outsiders may have, particularly down south. It was further fuelled by Bellamy's comments on the expectancy of supporters at Newcastle, but Bellamy at least has experience, whereas Sherwood hasn't one iota of what he's talking about.

Comments like that annoy Newcastle fans like myself, especially when it comes from someone who talking out through their arse. Sherwood has some nerve even being in studio given the disaster at Swindon Town he resided over. Supporters of The Robins have made their frustrations known too.

Another failed English manager talking guff - who would have guessed.